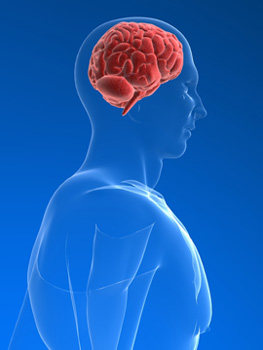 A recent survey in the United States indicated that more than 50% of people have had psychic experiences – and that is just counting those people who would readily admit having such an experience to a stranger! The most common form of psychic experience is the precognitive dream, where the dreamer has a dream of unusual clarity. The dreamer remembers the dream and realises, either at the time or later, that it is foretelling an event that is about to happen in the future.

Another common use of one’s psychic abilities is Remote Viewing defined as “the ability to perceive, through a projection of consciousness, objects, both animate and inanimate, people, and events distant in time and space”. This process was widely used by Western Intelligence during the “Cold War”, the extent of which recently became public due to the declassification of secret files from that era.

In the US, military intelligence became aware that the Soviet Union was using psychics to spy on US military bases. The Soviet Union had for some years accepted psychic phenomena and for a number of years had actively recruited and trained psychics. During the 1970’s the CIA, Air Force, and Army Intelligence contracted with Science Research Institute (SRI) in Palo Alto California, to develop a programme that would use psychics to identify specific activities and events in the Soviet Union using Remote Viewing.

SRI already had an active programme underway in the field of Remote Viewing and had recruited some of the top psychics of the day. They had remarkable success with their new contract. One of their psychics, Pat Price, an ex-police commissioner, correctly identified the contents and activities inside and outside a Soviet weapons laboratory in Siberia, having been given only the geographic co-ordinates of the site. The information that he provided was so accurate that it led to a formal congressional investigation to determine if there had been a breach of national security!

Jose Silva, the founder of the Silva Method, discovered early in his research, back in the 1940s, that psychic ability was not something confined to a few gifted people. He discovered, and later proved scientifically, that psychic ability is a natural talent we all have and it can be developed, just like any other skill, with the right training. The Silva Method Programme, which is the foundation for the other courses that he developed, facilitates the development of this natural talent through a series of exercises using dynamic meditation and visualisation. By the end of the programme, participants have developed their Remote Viewing capability – that is they are able to perceive information about animate and inanimate objects at a distance in time and space. SRI later used similar exercises to those taught in the Silva Method Programme to train psychics.

One of the best applications of this ability to perceive information at a distance is called Remote Influencing or Distant Healing. Here the psychic focuses on a “case” – normally a person who is experiencing health challenges – and having identified the issue in question, sends healing energy to the person concerned, seeing them in perfect health. The scientific community has extensively researched the field of Distant Healing over the past 30 years. The overall conclusion? It works!

Jose Silva, who himself was a gifted healer, researched the field of psychic and distant healing for more that 40 years. The culmination of his research is the Silva UltraMind ESP Programme, which focuses on developing your ESP abilities, influencing healing in others at a distance, and getting guidance from “Higher Intelligence” to help define your purpose and direction in Life.
Dr. Denis Prone and Dr. Alma D. Quinones-Prone co-teach the Silva Method Programme and the Silva UltraMind ESP Programme in Dublin and Cork. For details visit www.silvamethod.ie or call 086-329-9215.

Alliance for a New Humanity