Now Trending:
Be Yourself Fearlessly: An Evening With Anita Moorjani
‘Creativity and This Liminal Space’ by Monica Haughey
Imagine Orgasm: The Teetering Moment
‘Real World Realisations’ by Sandy Newbigging
‘The Sweet Spot for a Positive Life’ by...
Spirit-Inspired Creations by Tahnee Morgan (With an Amazing...
Welcome to Well-Being: A Programme Promoting Children’s Mental...
Natural Boosts: Take Control of Your Health This...
Hugh & The Manatee: Mary Helen Hensley’s New...
Celtic Soul Journeys: A Conversation With Amantha Murphy
Imagination Arises: A Conversation With Hema Vyas
Cresting the Crypto Wave: Is Cash Still King?
Positive Vibes: The Spring 2021 Edition
Bring in the New: A Nettle Ritual to...
Somega Boost: The Benefits of Liposomal Vitamin C
The Taste of Spring: Happy Pear Recipes to...
Spirituality in the City: Spring 2021 Edition
Sneak Peek: ‘The Realm of Imagination’ by Anna...
Supporting Community Wellness: We Chat to Health Stores...
Our Spring Issue Hits the Shelves
Turn Over a New Tea Leaf
In Your Element – Calculating Your Feng Shui...
Sneak Peek: Oracle Girl on the New Embodied...
Summer 2016 issue Short and Sweet: A New...
Home Positive News & Interviews Is There Anybody Out There?
Positive News & Interviews 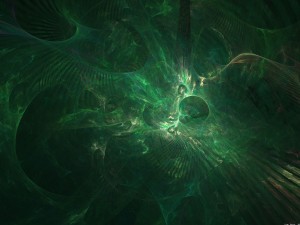 Remote Viewing (an intuitive intelligence technique) comes into its own in situations where information is simply not available by any other means. Individual and organised teams of remote viewers have used their skills to explore anomalous events and sightings, have identified details of other planets in our solar system and other off-world curiosities (which were only confirmed months later when the satellites finally arrived there), and even alleged First Contact meetings with extraterrestrial races.

Here on Earth, remote viewers have used remote viewing to confirm, not only the presence of UFO’s, but what they are made of, their propulsion system, how they are controlled and who is flying them.

Joe McMoneagle, one of the best viewers in the world, was tasked with an unknown location. He began describing ancient pyramid-like structures in a dry, dusty, hazy environment which contained a number of life forms which appeared dormant or in a form of hibernation. Only later did he discover he had been tasked with a location on Mars!

When First Contact occurs between two previously unknown groups, there is always a high possibility of the cultures inadvertently clashing with each other because of some minor breach of cultural norms or etiquette. To avoid this happening here on Earth, the military produce Day Books; a term used to describe briefing documents which are given to personnel before they travel abroad on a posting to another country.

Lyn Buchanan’s company, P>S>I Inc., were approached by a private client who tasked them with searching for our nearest neighbours, and producing Day Books on each of their cultures which could be used to reduce the risk of offending them during a First Contact meeting. This ongoing project has found a number of races on habitable planets in close proximity to Earth, with cultural norms very different to ours.

However, it would appear that not all of the ‘lights in the skies’ are ‘theirs’.

During one training class, Lyn took a group of students up to the high desert above White Sands to gather turquoise. As they were searching the area, they heard a hissing sound. Thinking it was a rattle snake, everyone froze. Lyn quickly realised that the sound was moving and travelling up the valley towards them. He said, “that sound passed directly over us, at less than ten feet above our heads. The weird thing was, there was nothing there. It was completely invisible, with no down draft or back draft. I was so annoyed because I could have picked up a rock and thrown it at that thing!”

Later, Lyn set the event as an unknown target for some of his professional remote viewers. They came back with information about ‘a craft moving very slowly close to the ground, with two men in military uniforms laughing, and another group of six or seven people standing around in an open area looking very confused’. As Lyn said later, “I knew we had anti-gravity. I didn’t realise we had perfected the cloaking.”

The use of remote viewing as an information gathering tool is openly accepted in exopolitics. One researcher, Steven Greer said about remote viewing: “It’s not a belief system. It is science; it is physics, pure and simple. Humans have abilities to access levels of consciousness generally only spoken about by mystics and shamans.”  Another researcher has stated that “Remote Viewing IS the scientific breakthrough that has made replicable exopolitical research into the Universe possible.”

Remote viewing shows us that we are more than our physical body; we have exceptional abilities within us that have lain dormant but, with proper training and practice, can open doors to innovation and creativity that we never even knew were there! It is a very valuable tool; one we need to develop and share.

[In memoriam Betty Meyler, President of the UFO Society of Ireland who died peacefully on 24th October, 2010.]

It’s in the Blood: A Powerful Tool for...

“Love is the Key” By Una Crilly

Sorry to hear about Betty Moyler. Bumped into her a few times on my travels around Sligo. She returns back to wherever she came from with my best wishes. RIP until the next time.