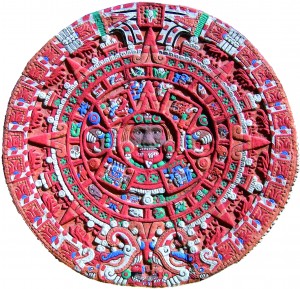 2012: What’s Up?
When we look around the world today, it is clear that there is an increasing amount of change occurring on many levels. We are living through a time of transformation and renewal – the Hopi Indians call this “The Time of Great Purification.”

There has been much speculation about what’s going to happen in 2012, stimulated by prophesies from various different cultures and mystics. Among the most well known are the Mayan prophesies, particularly as their Long Count calendar is counting down to the date 21/12/2012, at which point it will reset, which some people believe indicates an ‘end of days.’

Unfortunately, much of what we read about 2012 picks up on and magnifies the apocalyptic scenario, since fear has a strong influencing power and sells. In contrast to this, the living Maya of Guatemala urgently want it to be known that their ancient prophecies have been distorted and misportrayed as doomsday predictions.

Birth of the New Sun
In Mayan mythology, the Dark Rift is understood as the birth canal of the Cosmic Mother, and to them, the sun being ‘reborn’ from the Cosmic Mother signifies the creation of a new world age. Just as the sun is reborn every year at the winter solstice, after which the days start to get longer again as we progress towards spring, so in the larger cycle of the great year, the sun is currently being reborn as it crosses the galactic equator, emerging from the birth canal of the Cosmic Mother. To continue the analogy, we are moving out of the darkness of the ‘galactic winter’ of the last few thousand years – the Kali Yuga referred to it in Indian Vedic texts as a time of deep unconsciousness and upheaval – and into the light of galactic spring with a ‘new’ sun for the first time in 26,000 years!

Shift in Consciousness
So, what’s actually going to happen? Life is a mystery and no one truly knows! But through our conscious participation, we humans can have a big influence on how the social, environmental and economic aspects unfold on a local, national and global scale.
When we look at the cycles in the natural world, we can see that we humans are the only ones that are out of balance with Mother Nature. We have projected our internal imbalance outside of ourselves, into our societies and onto the planet, over the past few millennia.

It is entirely within our abilities to come into balance within ourselves, and it’s happening. We individually and collectively have an opportunity to create a different kind of world. As we take responsibility, become more self-empowered and act from a place of greater integrity, the institutions we create will change – governments, religious bodies, corporations – reflecting our increasing alignment with living our truth, and coming into balance with the whole.

Fear or Love? You Choose
As we move through this global healing process together, we can choose to respond with fear or love to the changes we experience. On an individual level, our duty to ourselves and to humanity is to heal what arises within us as we become aware of it, and through healing ourselves we heal the collective whole. By realising we are interconnected, we can begin to create a much more humane, sustainable, joyful society.  We are the ones we have been waiting for.

Ireland 2012: Be Where It’s Happening!
Recognising the unique energetic opportunities of this once-in-26,000-years alignment heralding the birth of the ‘new sun’ as it crosses the galactic equator and we move into a new era, this national event is going to be Ireland’s biggest indoor conscious celebration for winter solstice 2012. The intent is to come together and create a powerful focal point for manifesting our collective intentions for a peaceful, love-filled world at this turning point of great awakening.

For more info, visit www.ireland2012.ie or Ireland2012 on Facebook.

The Best Performance of Your Life