The Positive Thinking of Somebody That I Used To Know 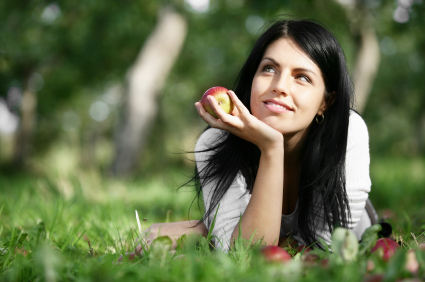 After a recent email rant to a dear friend of mine back in Canada, it hit me that what was once a zealous, change-the-world kind of gal, has now become somebody that I used to know.

When I was a young girl, as Leslie Feist will tell you, I used to seek Truth. Amongst most of my friends, all we ever wanted to do was change the world! How daring of us; how brave! We all had this fervent, arduous and painfully naïve side to us who thought love could save the world. It wasn’t a rare occurrence that our elders would look upon us as silly youngsters who knew how to be happy but who had yet to taste the responsibilities of young adulthood. You know how it goes; the graduating, the job getting, the car and house buying, marriage making, baby creating machines. But we didn’t care. We talked about how much we wanted peace and happiness, how much we believed in uniting as a human race and reconciling our differences. Did I mention, most of the time we were stoned and rebellious? It’s for that reason that it caused us to remain paralyzed and still in our honest desires.

While things have changed in the ten years since then, although I’m not a marriage making, baby creating machine… yet… there are some ways, some beliefs that I haven’t grown out of just yet.

I can grasp life now as a near thirty-year-old; I am able to embrace my twenties and understand with all my might that life is starting to get a little more serious. But what was it that I truly sought after in my adolescent years? Beyond the pot smoking sessions with twelve of my closest friends, weren’t there some truths to our imaginative, out of this world… world?

Isn’t it common knowledge that the younger we are, the closer we are to our natural state of being: free, carefree, fun loving and honest?

If I could, as an elder, I would have embraced that naïve teen in me. There isn’t one person I know who doesn’t want war in the world to end in its entirety or who doesn’t want to live from the part of themselves that already knows how to be happy. From that group of friends from so long ago, all of us have sort of taken our own path. Some of us have happily married and went on the baby making venture, some of us have surrendered to the corporate 9 – 5 jobs that we once detested, others continued the pot smoking lifestyle that led to other more disobedient existences, while a few of us have altered our activist “change the world” kind of ways into a pro-activist lifestyle. Let me explain:

There are two inspirational quotes from two very prominent figures that truly embody what I have come to understand as a result of my passionate teenage-save-the-world-years.

Gandhi said:  “Be the change you want to see in the world.”

And Mother Teresa? Oh, she’s good. She said: “I was once asked why I don’t participate in anti-war demonstrations. I said that I will never do that, but as soon as you have a pro-peace rally, I’ll be there.”

Don’t the words anti and pro just shout out at you? You have to ask yourself, which word actually feels better? Essentially, Mother Teresa in her years of selfless love recognized the simplest truth of our world: Don’t fight against something that you don’t want. Involve yourself in something that you do want! It’s positive thinking at its very essence.

How simple a concept.

Perhaps this is the point where I could break into a song and dance of how the Law of Attraction works. But I won’t. There’s no need to, not just yet.

What I will say is that the happiest and most successful (in their own right) individuals I’ve ever met have never concentrated too much of their time on things evolving into situations they didn’t want to manifest. They’ve almost always certainly concentrated their time (and being) on positive thinking – emotions, actions, wavelengths – essentially anything that contributed to their knowing of what they did want.

This brings me back to that somebody that I used to know. When I was younger, I didn’t give much attention to thoughts that hindered my view on a utopian kind of world. I just knew somewhere inside of me that happiness began within. It wasn’t something that our youth could have fought for. How to be happy and achieve this was something that we had to learn to live, day-by-day and hour-by-hour. Sure, we numbed ourselves for countless years with the pot smoking and binge drinking existence, perhaps not much for the experience, but maybe more so for the opportunity to numb our thoughts of being doomed. We wanted to escape. We wanted to flee to that place in our hearts where the world could be a better, more creative and fun loving place. We were running away from the conforming way. We were rebelling against the norm. And while most of our actions weren’t justified, I don’t feel we ever had any bad intentions. We just wanted to be heard, understood and loved. And we wanted to love. We had no idea how to convince the world that a world with war was pointless.

All I learned from those amusing years was that the best form of influence comes from inspired action. No one was ever inspired by a pot smoking drunk. And, perhaps, within there lies my truth. It isn’t necessarily that the younger me is somebody that I used to know so much as it is someone that I forgot I could be. While there may have been a time where all I knew was to escape to this utopian world through the marijuana and drinking sessions, I now know that I can escape to this world through my proactive kind of lifestyle. I get these natural all-inspiring highs when I am truly myself, when I do the things I love that bring joy and happiness to those around me and to myself. When I am active and positive in my daily routines and thoughts, I feel so close to a world that I know exists out there. Yet it isn’t a world out there anymore, it has now become this world in here, within me and within us. There is no denying that the world is starting to remember our interconnectedness to one another. I feel this connectivity everywhere, every day, throughout humanity and in our beloved animals. There is so much love, joy, happiness and acceptance amongst us that bonds the entire human race together, far and wide. When we know that world, when we choose to see that world surrounding us, then we are presented with the goodness of people around us. When people change their lives according to the change they want to see in the world, we start to realise an incremental truth: that it starts with us, one soul at a time. The benefit to it is that along the journey to our war-less world, we get to be our truest, most vibrant, risk-taking, positive thinking and positive living selves. That’s when we can inspire others, when we are truly ourselves. That’s how the world changes – one person at a time.