Are you interested in holistic health as part of how to be happy and enjoy a sense of well-being? A whole new health revolution is being led by Revive Active with numerous active ingredients, including CoQ10. It’s a cardiovascular nutrigenomic health food supplement which brings together a unique combination of nutrients in a food supplement designed for cardiovascular well-being. 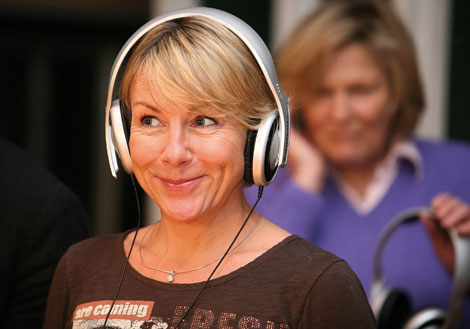 The effective use of the right nutrients can be a benefit to young and old alike – from the chronically ill to super-fit sportspeople who can benefit from enhanced times and greater endurance.

Speaking at a recent Anti-Ageing conference in London, leading vascular surgeon, Mr Sherif Sultan said: “The virtues of Coenzyme Q10 and L-Arginine are well-proven, and research into their effectiveness has earned Nobel prizes for the leading researchers in this field.”

Tracy Piggott says: “As a television presenter, there are times of high stress levels and a need to be very much ‘on the ball.’ I have always been interested in health and well-being, and have tried many things over the years. Since taking Revive Active, my coping abilities are far better, I can retain more information, and I suffer far less from the stress I formerly experienced. I put that down to the well-being factor of taking Revive Active and the effect of its active ingredients, especially the CoQ10.

As the cold weather has come in, I find that I am not feeling the cold as much and still have plenty of drive in me, which often disappears in the winter when I have suffered somewhat with feeling low and negative during those months.

I also feel that I generally look healthier and better than before, which helps with confidence when appearing in public.”

Top Superfoods for Boosting your Lifestyle, By Sarah Sylvester