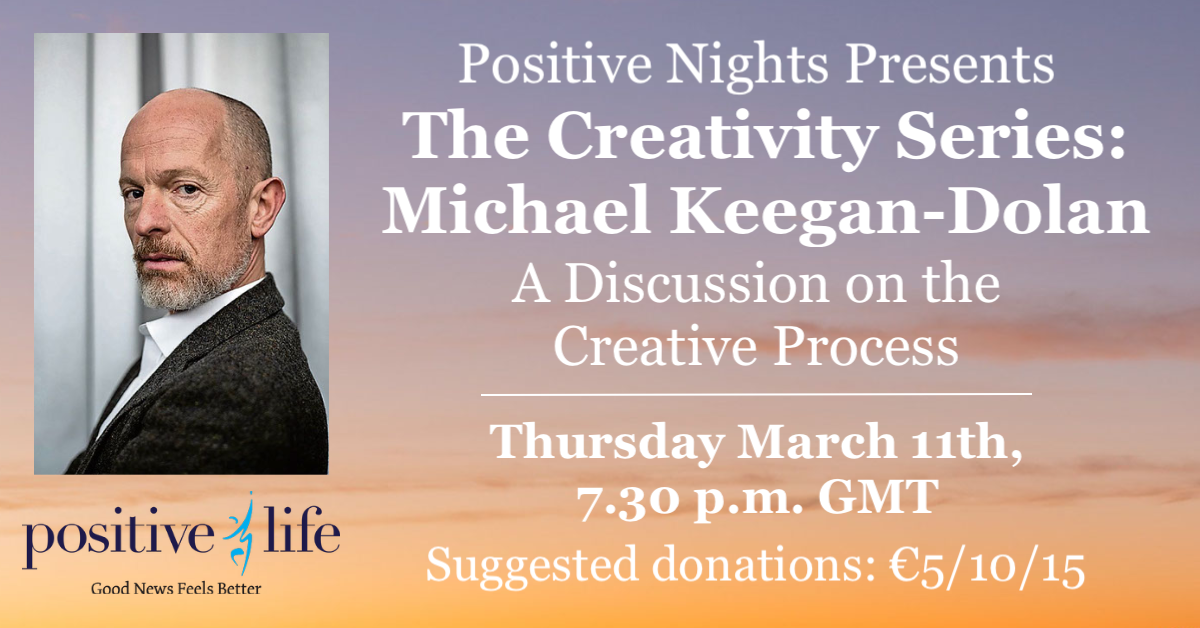 We are thrilled to announce the beginning of our special Positive Nights series: The Creativity Series. During this sequence of art-themed events, we will be speaking to directors, actors, artists and other creative luminaries about their artistic process.

Our first guest is the acclaimed choreographer Michael Keegan-Dolan. We will be chatting to Michael on Thursday March 11th at 7.30 p.m. Irish time (GMT). If you live outside the GMT zone, do check what this will be in your local time zone. The link and login details will be sent to all ticket holders the day beforehand, and a replay will be sent the following morning, so don’t worry if you can’t make it live.

Michael is currently an associate at Sadler’s Wells London. He founded Tea? Da?sa in 2016 as a means to forge stronger connections with the native traditions, language and music of Ireland. The name Tea? Da?sa, ‘House of the Dance,’ in Classical Irish, supports this process and was exemplified in the company’s first two productions, Swan Lake / Loch na hEala (2016) and MÁM (2019).

In 2012 he directed and choreographed a new production of Handel’s Julius Caesar at the London Coliseum, for English National Opera. In 2015 he created an original piece, The Big Noise, for the GoteborgOperans DansKompani. As Guest Artistic Director of the National Youth Dance Company at Sadler’s Wells London for their 2015 – 2016 season, he created In-Nocentes. In March 2017, he choreographed a new work to Dvorak’s 8th Symphony for the Dance Company at the Gärtnerplatztheater, Munich.

Positive Life publisher Paul Congdon says, “It is my great pleasure to chat to Michael. I’ve seen a lot of his work, including pieces by his company Fabulous Beast. When I saw ‘Giselle’ a few years back, its beauty was heart opening.”

Our evening with Michael will take place at 7.30 p.m. GMT on Thursday March 11th. The link and login details will be sent to all ticket holders the day beforehand, and a replay will be sent the following morning.