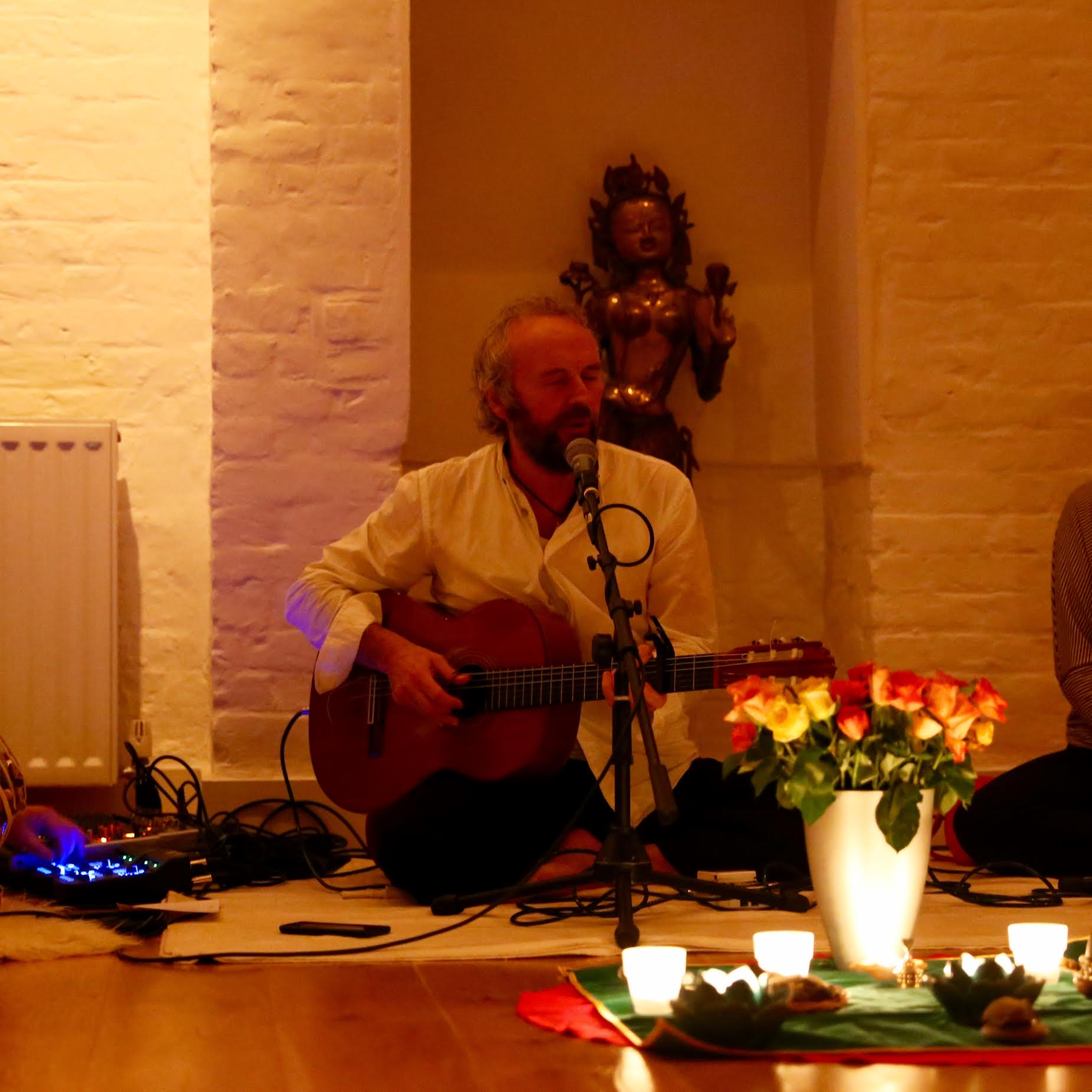 PLEASE NOTE: Due to global events, this event is now postponed. We hope to arrange a new date as soon as possible.

Following our previous visits from the acclaimed yoga teacher, musician and folklorist Jack Harrison, we are thrilled to have him back at Positive Nights to perform his beautiful music on Thursday April 2nd from 7.30 to 9.30 p.m. in Bewley’s Café, 78/79 Grafton Street, Dublin 2.

Jack has also had a keen interest in music and singing since his childhood. He holds a Masters degree in Irish Folklore and Archaeology and has worked for many years as a consultant and lecturer in Heritage Interpretation. In recent years, he began to understand the deep connections between his three interests – yoga, music, and folklore/archaeology – and established the Celtic School of Yoga to help tie together the yoga traditions of India with those of the Celtic world.

He has travelled widely around the world, offering workshops, intensives and teacher trainings. and his teaching work is now strong influenced by the Celtic tradition. These practices explore how to ally movement of the body with breath, focus, mythology, poetry, music and the natural world.

We are thrilled to be hosting him for a special concert on Thursday April 26nd from 7.30 to 9.30 p.m. in Bewley’s Café Theatre, 78/79 Grafton Street, Dublin 2. Click here to book your tickets.