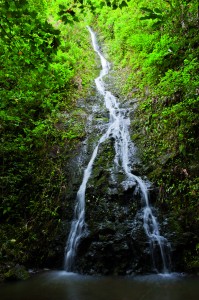 When you see Spirulina for the first time, it is hard to believe that this tiny, spiral-shaped micro-algae is one of the richest and most complete sources of nutrition in the world.

Spirulina (the Latin word for ‘little spiral’), a primeval cyano-bacteria, has been growing on earth for 3.5 billion years, millions of years before the first plant life appeared. It grows naturally in only a few alkaline lakes in Africa and Mexico. Centuries ago, the Aztecs in ancient Mexico were aware of the healing and energising properties of Spirulina. Using fine-meshed nets, they skimmed the green ‘scum’ from Lake Texcoco and used it as a source of protein and vitamins. This ‘power food’ increased their stamina and resistance.

The latest research shows that Spirulina contains over 100 nutrients: this little spiral is packed full of vitamins, minerals and trace-elements, powerful antioxidants such as chlorophyll, phycocyanin, carotenoids and enzymes, and contains 3 times more protein than meat – all in perfect harmony and synergy. Unlike plants, Spirulina has no hard cellulose cell wall, so all nutrients are easily digested and absorbed. It’s like an ingenious microchip: containing an incredible density of essential nutrients, but completely natural and 100% edible.

In the early 80’s, I accidentally encountered Spirulina. It was a kind of love at first sight. I was immediately captivated and impressed. In my excitement, I set up a small business to import Spirulina from Mexico. Driven by perfectionism, I continued searching for the highest quality product, a journey that led me to the sun-drenched Island of Hawaii. One of the world’s best species of Spirulina grows there, in shallow ponds directly alongside the Pacific Ocean, utilising a unique blend of fresh water from rainforest aquifers and clean deep sea water pumped up from 600m.

Soon, I discovered that the abundance of nutrients is only part of Spirulina’s overall potential. There was something else that had been virtually ignored up until then: fresh Spirulina is an enormous reservoir of captured sun energy! Scientific research shows that this captured sun energy, also called ‘biophotons’, is of great importance to our well-being and health. Biophotons regulate and harmonize all life processes in our body. Realising that this subtle sun energy, and precious antioxidants, were quickly lost in conventional packaging like brown glass or plastic containers, I developed a unique, patented, packaging concept – ViosolTM glass – to preserve the original power of Spirulina. This violet glass blocks out the visible light and creates a high-energy environment inside.

Spirulina works on 3 levels: detoxifying, restoring and fortifying. It promotes the body’s detox processes, compensates for nutritional deficiencies and improves our immune system. It helps people to recover more quickly after a busy working day, illness, surgery or chemotherapy. During wintertime, it helps us to have better resistance to colds and flu; and women can use it as a natural support during menstruation and menopause, and during pregnancy.

Since its re-discovery in the 70s, about 400 scientific studies have been done with Spirulina or extracts of the algae: in-vitro and in-vivo, both animal research as well as human double-blind, placebo-controlled clinical trials. Medical research shows that Spirulina stimulates our immune system, increases resistance and can offer natural protection against virus infections. It has also been shown that Spirulina helps to improve blood quality.

Marcus Rohrer SpirulinaTM is grown in pristine conditions in the sunshine island of Hawaii where, given the optimum cultivation environment, they produce pure, fresh Spirulina, and with their ViosolTM glass packaging, they “lock” the sunshine into every bottle.

Spirulina, the magic food of the ancient Aztecs, which lay forgotten for centuries in a few alkaline lakes, now provides complete synergy to support our busy 21st century lives.

The Singing Fields of Dublin

We Recommend: The Virgin Mary Bar – For...

The Difference Between an Intolerance and an Allergy...

Culinary Comfort From The Happy Pear

Tried & Tested Super-Breakfast – Wake up and...