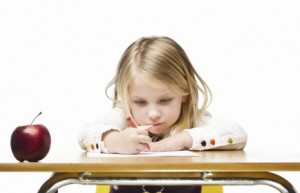 This September, when your children head back to school, make sure their diet is the best it can be. Your child’s diet is hugely important to their development, but it is also vital that children are able to get the nutrients they need from foods that will not cause the disruptive symptoms of food intolerance.

Nutrition can also play an important role in the prevention and management of many kinds of difficulties in behaviour, learning and mood. These include:

Some food reactions are obvious. Using a food/symptom diary for your child can really help show up problem foods.  Some of the obvious ones are listed below:

For many children, trigger foods are not always obvious; yet identifying their trigger foods can help them to settle and improve their school performance as well as improving more obvious physical symptoms. With reactions recorded to anything from wheat to lettuce, even the most innocent seeming foods could be the source of a child’s symptoms. However, identifying triggers can be a complicated process. For many people affected by the symptoms of food intolerance, it is not a single food but rather a combination of foods that set them off, and so a simple elimination diet may not uncover the whole picture. Even identifying a few trigger foods using an elimination diet in exact combination could be a complicated business, especially with young children. It is also very important to avoid cutting out important nutrients from your child’s diet.

Christine Bailey, nutritional consultant and children’s recipe book author, believes that identifying your child’s intolerances can radically improve their health and wellbeing: “With many of us affected by food intolerance symptoms, it’s not surprising that many children are also affected by the foods they eat. Everything from skin conditions through to concentration and energy levels can be improved by simple dietary changes, meaning that you don’t need to turn to the medicine cabinet so often. By tailoring their family’s diets, mums don’t even need to stop having the foods they love – treats, as well as tasty nutritious food, are easy to produce, even for those mums who are pushed for time.”

One example is 5 year old Michael, who was so hyperactive that he had been restricted to only attending school on a part-time basis. His concentration was practically nonexistent; he was constantly disruptive in class, and was unable to properly socialize with other children. After being tested for food intolerances, his parents discovered that he was reacting to carrots, kiwi fruit, garlic and pork – all things they believed to be healthy options for a growing child. After modifying his diet, Michael is a completely different child and is now at school full time, enjoying socializing with the rest of the children in his class. Commenting on the change in her son, Michael’s mother said: “After taking the YorkTest and changing his diet, there was a dramatic change in Michael’s behaviour. It’s incredible.”

The Rude Health Show (Your Health) is on at the RDS, Dublin on the 15th and 16th September 2012. Dr Gill Hart will be talking at the show on both days and will be available for questions on stand 71. For more information about YorkTest call 01 2022701 or www.yorktest.ie

Teatime Reflections: The Enduring Appeal of a Cuppa