Eckhart Tolle, The End of the World as We Know It

As we near the end of the Mayan Calendar and the beginning of a whole new era in humanity, big changes are happening individually and collectively.  Our aim here at Positive Life is to inspire people to hold on through the tough times, connect more deeply with their true self, and find alignment with the best possible life we all could live.

Our own personal lives and our magazine have been enriched by the words and the work of some of the world’s most popular authors, teachers and visionaries, and we decided to call on our old friends to see if they might share some more of their wisdom with our readers around the theme of this New Beginning we’re all navigating at the moment. Here’s what they have to say: 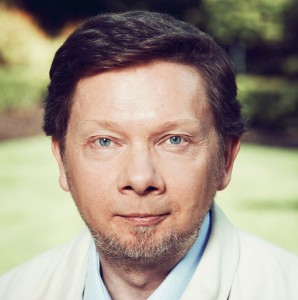 Eckhart Tolle – Author of The Power of Now

At some point, a long time ago, the ability to think (to conceptualize) must have arisen in humans. This opened up a whole new dimension for humanity and made humanity the most powerful species on the planet. However, it has grown to such a point now that we are completely possessed by the mind without knowing it. It seems we cannot stop thinking. We can; but for most people that’s not yet a reality. They have the compulsion to think, and to derive their sense of self from the movement of thought.

We are arriving at the end of this evolutionary stage, and for humanity now to go on, it needs to transcend the mind, to no longer be possessed by the mind, to go beyond the compulsion to think, into a deeper level of being.

Bruce Lipton, PhD – Author of The Biology of Belief

If today’s headlines make you wonder about the fate of our planet, here is some news that may surprise you: from an evolutionary standpoint, we are exactly where we need to be.

Contrary to what conventional science and religion have been telling us, evolution is neither random nor predetermined, but rather an intelligent dance between organism and environment. When conditions are ripe — either through crisis or opportunity — something unpredictable happens to bring the biosphere into a new balance at a higher level of coherence.

Advances in epigenetics, quantum biophysics and fractal geometry reveal civilization is poised on the threshold of a major evolutionary event. This evolution is not of a physical change to human biology, but one driven by a change in our consciousness.

We are not separate competing entities, for each human is actually a cell in the body of an evolving giant super-organism – Humanity. “Human civilization” represents a singular biological entity created by Nature to support harmony and balance in the ecosphere. Simply, a Garden is not a battle zone.

A miraculous healing awaits this planet once we accept our new responsibility to collectively tend the Garden rather than fight over the turf.

From 2013, it is the Age of Aquarius, the era of water. As a water evangelist, it is my aim to encourage the people of the world to consider things from the viewpoint of water. So, as a messenger for water, I would like to share a very well-known old Japanese teaching, “Five Water Admonitions.”

From the oral traditions of ancient peoples throughout the world, to the theme of the world’s most cherished spiritual traditions, the significance of our 2012 “window of change” has been no secret. Our ancestors knew this time of change was coming, because it always does. They understood the cyclic nature of Earth’s shifting environment. They also knew that our future would be determined less by the changes themselves and more by us, and whether we choose to fight one another, or work to help one another, as we go through the changes.

Perhaps one of the most powerful keys to determining our experience of the months ahead comes from a shift in thinking that invites us beyond asking “What can I get from the world that exists?” to asking “What can I offer to the world that is awakening?”The way we answer this question as individuals becomes our collective answer to what comes next.

Personally, I’ve never felt better about the future and the possibilities that await us. We’ve already made the choices of peace and cooperation in our hearts. Now it’s time for us to live those choices in our world.

How to be Happy in Life – The Path of No Path