A little noticed piece of news emerged in the world of philanthropy in February. A dozen new billionaires signed onto the Buffett-Gates Giving Pledge. The Pledge, established in 2010 by Warren Buffett and Bill Gates, encourages the world’s wealthiest individuals to give at least half of their wealth to charity rather than passing it on to their children. With the addition of these signatories, 105 billionaires have now committed a total of $500 billion to philanthropy. 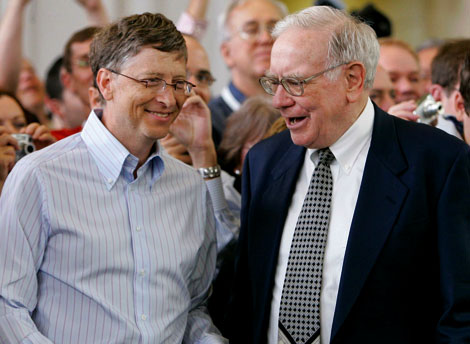 This news is important for a few key reasons. First, Gates and Buffett have done a great job of engaging people around the world to donate their wealth to charity. Most people never thought the Pledge would succeed given the entrenched tradition of passing wealth along to one’s children. Even in a country like the U.S. that prides itself upon equality of opportunity, inheritances have historically comprised about 20-50% of wealth accumulation – a tradition that stifles ambition and innovation. The fact that 105 billionaires have signed on, including the latest Pledgers who represent 8 different countries, is an encouraging indicator that the culture of wealth is shifting.

As we look to the future, we have reason to hope that this increased commitment to charitable giving will become the social norm. Imagine a society in which extreme giving is the new status symbol for the wealthy. The Pledge could evolve into a giving competition and eventually a Global Philanthropy Award on par with the Nobel Prize.

We’ve already seen the concept take shape through the X Prize, which promotes technological innovations for the benefit of humanity. This model of incentivizing philanthropy through competition and peer pressure has proven successful. If we can leverage it further, we stand to change the landscape of philanthropy worldwide.

How to Be Happy & Healthy – An Exclusive Interview with Louise L. Hay