One Small Step for Your Diet…

One giant leap for your health. 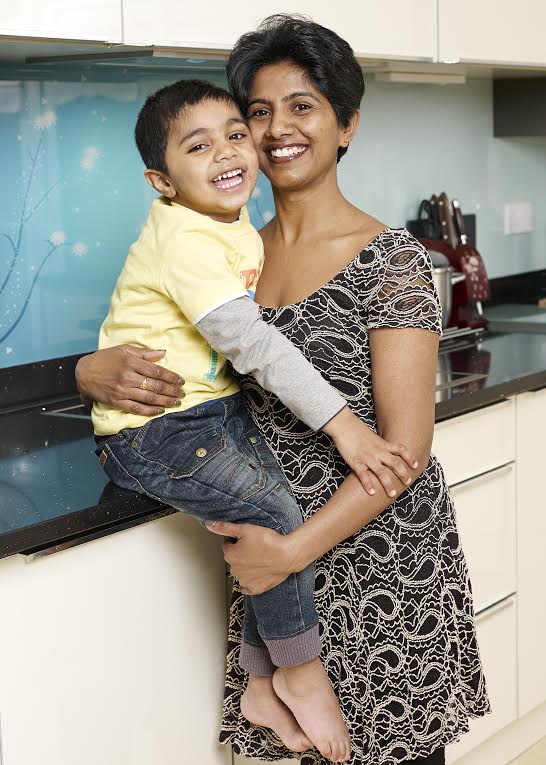 ‘Food Intolerance’ and ‘Food Allergy’ are often thought to be variations of the same thing but the biological processes behind them and how they affect people are actually very different. True allergy affects around 2% of the population whereas food intolerance affects an estimated 45%. YorkTest assess people’s Immunoglobulin G (IgG) reaction to specific foods in order to aid you in optimising your food choices and nutritional health, which we’re now well aware has positive implications for our emotional and mental well-being too.

Since he was born, Darren Jerry had experienced poor health. His mother Jincy, a nurse working at the Mater Private Hospital in Dublin, spent a great deal of time and energy caring for him and worrying about the number of problems he was having.

“Darren suffered from bad eczema but he also had very bad problems with his bowels. He would have six to seven bowels movements a day and the situation was not getting any better. He also suffered from very bad chest infections. The chest infections and bronchitis resulted in him being rushed to accident and emergency rooms during the night time. We would be awake listening to his breathing and you could hear his rattling chest.”

Darren’s health was showing no sign of improvement when a family friend recommended they try a YorkTest Food Intolerance programme. “You could say as a nurse I approached the YorkTest programme with doubt and certainly a cynical attitude.”

The results of the test indicated Darren was intolerant to an array of foodstuffs, including yeast, carrots, nuts, beef and corn with particularly strong results to dairy and egg.

Taking action immediately but with fresh new hope, Jincy arranged a consultation with YorkTest Nutritional Therapist Catherine to talk through Darren’s results and understand how best to change his diet. Nutritional therapists are there to guide you through the process of replacing trigger foods with nutritious alternatives. With so much experience, they also know how to ensure your diet is not only nutritious, but varied and tasty, something important to adults, but also very important for young children learning to know and appreciate food and develop new tastes.

“We cut out all of the foods which were marked as intolerant and the changes were dramatic. Within a month I could see the change – his bowel movements became regular and his chest improved dramatically.” Due to Darren’s various infections, he had been taking courses of antibiotics and antihistamine tablets. After cutting the problem foods out of his diet, Jincy was relieved to find his need for the medication dramatically reduced, with only an occasional requirement for antihistamines.

Darren’s progress has been so successful he has been able to slowly and carefully reintroduce some of the foods he misses, such as bread, with caring Jincy always keeping a close watch on his health.

“In simple terms, the test for us outlined what foods Darren should avoid. It makes it easy to follow and to start the changes in food intake that can have such a significant effect.”

YorkTest recommend that you first contact your GP if you are encountering any of the symptoms mentioned.

Making the Most of Now, by Claire McNamara

We asked readers, “What does love mean to you?”

Win a Ticket to Caroline Myss in Dublin

Healing and Transformation With Errol Campbell

From Our Friends: Alison Canavan Brings Her Full...