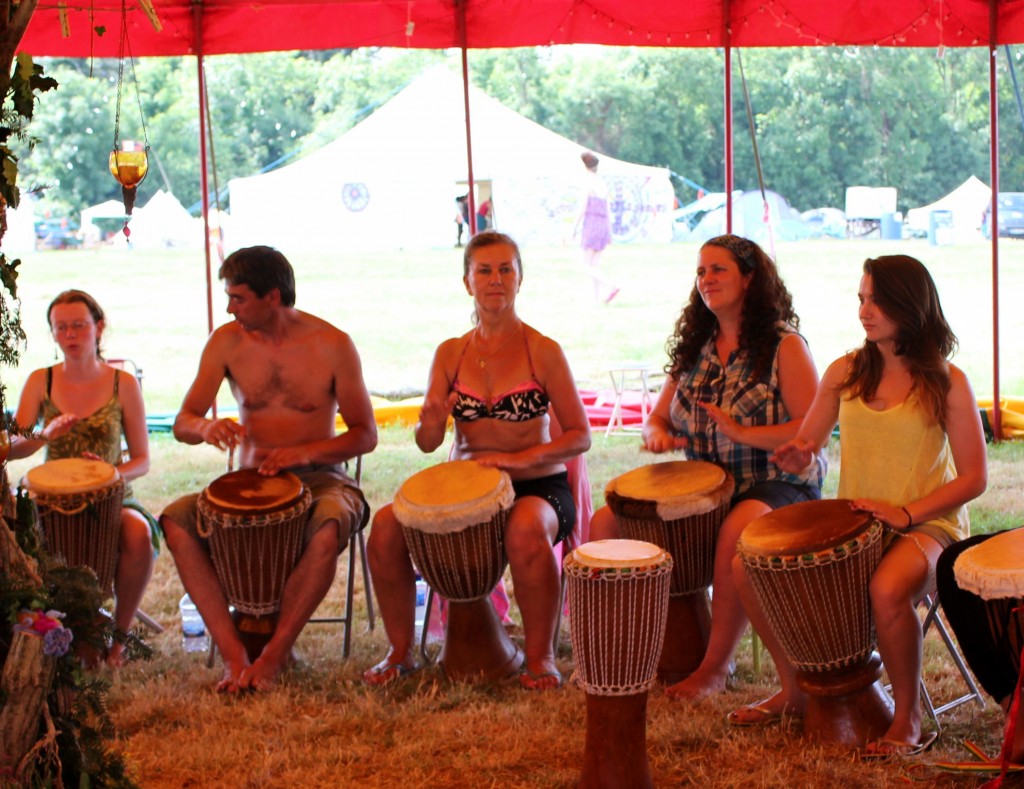 You really need to fasten your seatbelt if you’re going to have a lengthy conversation with John Bowker. The force behind the legendary Tribal Spirit Drumming workshops and Earthsong Camps, Bowker is an eclectic thinker who constantly pulls inspiration from all corners of the planet and beyond. Born in England, Bowker spent his early years immersed in the heady world of the Manchester rock scene of the 70s and 80s. Pubs and clubs might seem a world away from the idyllic atmosphere of Earthsong, but the rock world actually contained the seed of the no drug/no alcohol events Bowker is known for today.

“We would spend the winter gigging and spend the summer at the Free Festivals happening around the UK at the time,” John explains. The Free Festivals was a musical movement that emerged in the 70s, organised by groups of libertarian free-thinkers. As one flyer put it at the time, “Free festivals are practical demonstrations of what society could be like all the time: miniature utopias of joy and communal awareness rising for a few days.”

Alongside the festivals a sister movement of camps was emerging across Britain. “These differed from the Festivals
in that there were no bands. The people themselves were the event, everyone came together to make a magical space
that allowed creativity and connection to flourish. All the entertainment was provided by the campers themselves and many were very clear about the need to keep drugs and alcohol out to allow that safe, transformational space to develop,” John says.

This model of user-participation hugely influenced the type of work Bowker does today. “We knew we were following a need that had existed in communities since human society began. Every culture has the tradition of these types of fairs or gatherings where tribes would come together for a few days to connect. Most often it was at the high points of the solar calendar such as Lunasa or Beltane, such as the horse fair at Spancil Hill which has been held in Co. Clare every Midsummer for the past 300 years. These were magical times of possibility – people would meet and fall in love, healings occurred, soothsayers came and gave guidance for the year ahead. There was trade, music and storytelling – all the functions of a healthy society could happen here, before people went back to their everyday lives.” 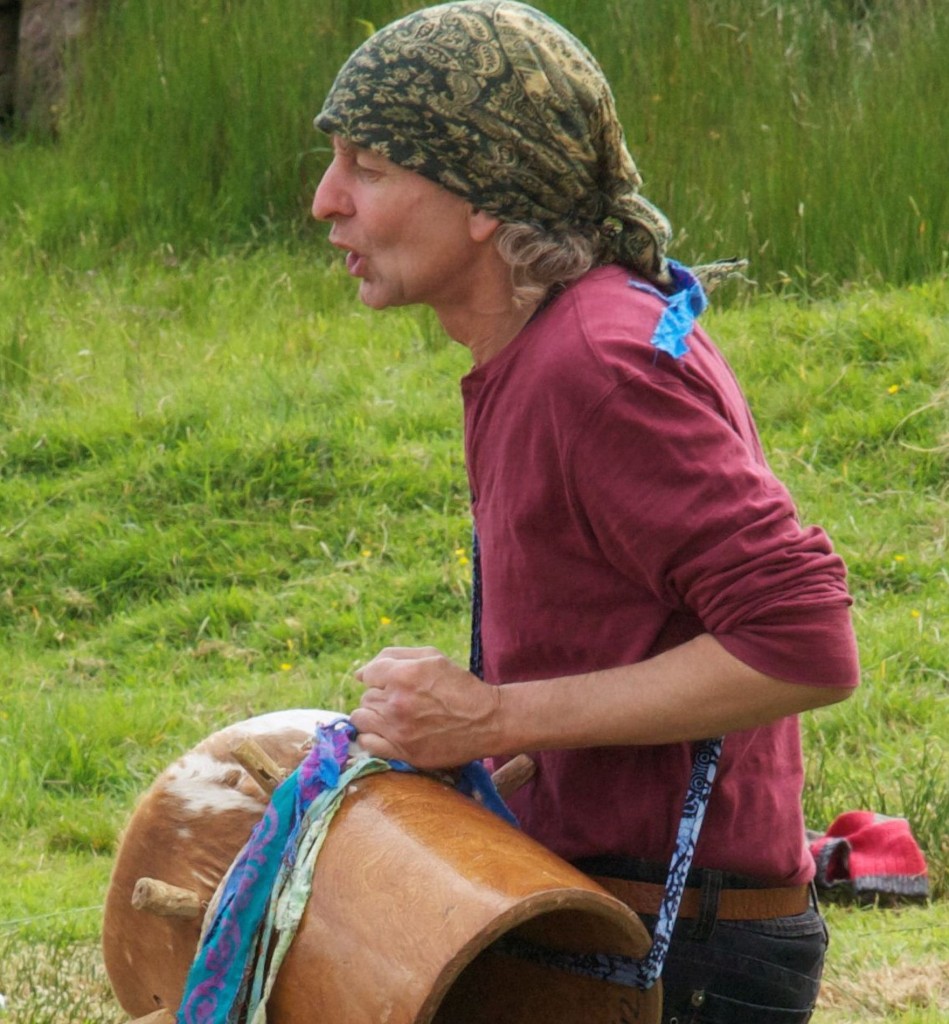 An essential ingredient to the fairs and camps was that they took place outdoors, immersed in nature. For Bowker, this is one of the most vital aspects to creating a powerful space that allows deep healing and transformation to occur. “Any form of ritual works so much more deeply if it is done in nature. I think this is because we are ourselves
elementally a part of the natural world, even though we forget it. When we strip away our modern toys, what we are left with is our pure selves. We are wild, mad, wonderful, creative intelligent animals. We are going back to something ancient when we rediscover this.”

In England, things took a darker turn with Margaret Thatcher’s infamous crackdown on the Free Festivals and other expressions of the subculture of the era. In 1985, 1,500 troops were sent to destroy the anti-nuclear campaign camp
at RAF Molesworth in Cambridgeshire, the largest military movement in Britain since World War 2. Much of the energy of the festivals was broken up but the positive energy of the camps began to flourish, with the emergence of Oak Dragon and later the Unicorn Camps.

Like many people from the alternative scene at the time, Bowker moved to Ireland in search of a more heart-centred way of living. He quickly earned a reputation as a dynamic and inclusive drum teacher, with his Tribal Spirit Drum classes encapsulating the teachings that had evolved from the camps. Before long Tribal Spirit was running residential events and in 2007 Bowker was ready to launch his first 500-person camp in Ireland. With a core group of experienced facilitators and visionaries, Earthsong Camps was born and has run sell-out Camps every year since.

Over the years this ancient spirit of sacred gatherings has continued to evolve. “We know that even tribes we think of as being very connected to the Earth, such as the Navajo and the Baka, still regularly use ritual to enhance their experience of life. It is a window of opportunity in which you can be reminded of the beautiful existence all around you, to raise your consciousness and notice things about life that you hadn’t seen before.”

This year five separate camps will run, in beautiful venues in Co. Tipperary and Co. Clare, each with a varied program of workshops and events for all ages, from healing arts to music, creative workshops and more. What type of things might you notice?  “Often people notice just how kind other human beings are, and how beautiful they are themselves. They might see how people are generally just trying to do their best. It is like the scales fall from our eyes and our senses wake up. We see how beautiful the land is, how lovable we are and, really, that this is just one big magnificent planet.”

More information of Earthsong Camps is available on earthsong.ie

Spring issue 2016: Feng Shui To Get In Shape