Spring is slowly making its presence felt, but winter is not ready to surrender its icy grip just yet. Luckily, our resident gardening expert Hans Wieland is on hand to tell us all about the heat-promoting properties of chillies: a perfect remedy for the cold temperatures outside. Here is a sneak peek of his article from our new Spring issue. Find a copy in your local stockist today, or subscribe to receive one straight to your door. 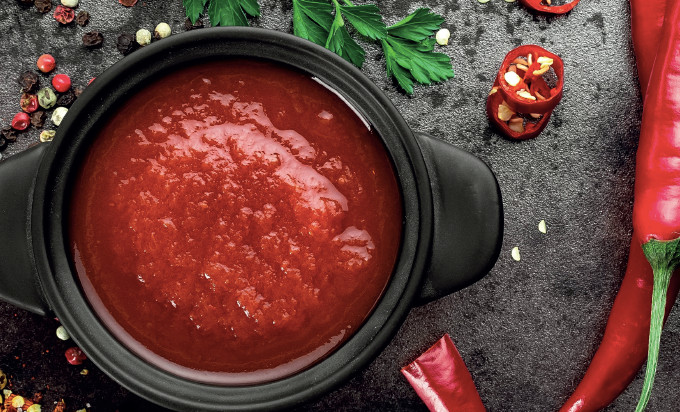 Okay, the last “variety” – the Red Hot Chili Peppers, a funk-rock band from Los Angeles – is only around since 1983, and all the others have nothing in common with black pepper (Piper nigrum), but are in fact all species of the genus Capsicum. Commonly we distinguish between the sweet and mild peppers and the hot and more pungent chillies, the topic of our article. Most of our common chillies come from one species, Capsicum annum, which was first cultivated in Mexico at least 5000 years ago.

The cult story of chillies begins with Columbus, who thought he found the (black) pepper and continues with the colonial trading power of the Portuguese bringing the chilli everywhere, leading to India becoming the biggest producer. The Aztec word of the native Nahuatl was chilli, which means red. Botanically speaking all peppers are fruits; however, they are correctly considered vegetables in a culinary context. The success story of the chilli is remarkable as the world production and consumption is now 20 times that of black pepper, the other major pungent spice (On Food and Cooking, p 418).

Hungary has its Paprika, Spain its Pimenton, Italy its Peperoni and in China chilli is a major spice in Sichuan and Hunan, but Mexico remains the most advanced country when it comes to chilli culture, it being a major ingredient in Salsas. At Neantóg Kitchen Garden School we grow it mainly to produce our own sauces (see recipe below). The beauty of growing it yourself is in the choice of varieties, from mild to super-hot.

What makes Chillies so special?

It is Capsaicin, the active chemical ingredient, contained in the placenta, the tissue that bears the seeds. The variety and the growing conditions – high temperatures and the length of the season – contribute to the amount of capsaicin produced. The heat of a chilli is measured on the Scoville Scale in Scoville heat units (SHU), or capsaicin concentration, named after its creator, US pharmacist Wilbur Scoville. SHU values range from 0 in a sweet bell pepper to 2,000,000-2,200,000 in a Trinidad Moruga Scorpion or Carolina Reaper. Naturally, there is the burning sensation in our mouth which for some is pure pleasure.

Hans’ full article can be seen in our Spring issue. Click here for stockists, or here to subscribe!

Sneak Peek: What is Neo-Tantra? Complementary Aspects of Old & New

Truth, Love and Community: Breaking Out of Our...

Richard Branson, on Being: Stand Out for Being...