We are so happy to announce Snatam Kaur will be in concert June 8th 2023. Snatam will also be delivering a workshop on June 10th at The Marine Hotel Dun Laoghaire.

Beloved devotional singer and Grammy-nominated recording artist, Snatam Kaur has announced her upcoming Light of Sacred Chant Tour. On June 8th 2023, Snatam Kaur will be performing at The RDS Concert hall in Ballsbridge, D4. Doors are at 6.pm, the concert will begin at 7.30pm – 9.30/10.00pm.

Snatam is celebrated for her incandescent luminous voice and profound knowledge of mantra and Kundalini yoga. Accompanied by gifted, versatile musicians, her concerts are joyous, transformational experiences providing solace in these difficult times.

Audiences are invited to join Snatam in these deeply personal and jubilant sacred song journeys that arc from quiet introspection, to tapping into self-acceptance, self-love, self-awareness, and forgiveness, then arriving at a healing space of giving oneself over to mantra, before moving into the light of pure celebration, and finally a shared space of prayer and blessings.

Snatam’s band includes her producer, Ram Dass (piano and vocals), Grecco Buratto (guitar and vocals), and Sukhmani Rayat (percussion and vocals). Santam Kaur’s music inspires people the world over. Her concerts are a time for honouring devotion to peace. Connect to the light and love within yourself and feel the wonder of unity as we find inner peace through chants and harmony.

Snatam Kaur has an interesting background that has worked towards making her the incredible artist she is today. Having grown up in California, Snatam had many musical influences, her father was the manager of The Grateful Dead, which allowed her backstage access to some of the greatest music venues globally. Her parents always brought her to morning sadhana, the early morning spiritual practice consisting of yoga, meditation, and chanting. Her parents taught her to chant before bed to cleanse herself of the day that had been. This, she says, was integral to her understanding herself and all the questions a young person has as they embark into adulthood. “I learned the power of healing through sacred chant.”

Starting November 11, Snatam will be releasing her first live track from the album called Snatam Kaur Live in Concert Vol. 2. (featuring Grecco Buratto,Ram Dass, and Sukhmani). Every month thereafter, for four months they will be releasing a track each month, for a total of 4 singles. Then they will release the entire album (March 7) which has a total of 6 tracks.

As an early bird promotion offer,  someone who purchases a ticket for the concert by January 1st, 2023, will receive a download of the entire album (all six tracks) for free! Snatam Kaur is generously offering ticket holders early access to her new album, if someone buys a ticket to a concert, or workshop, they will be able to download and enjoy pre-release music that nobody else has access to yet.

Find out more at www.snatamkaur.com

Following our previous visits from the acclaimed yoga teacher, musician and folklorist Jack Harrison, we are thrilled to have him back at Positive Nights to perform his beautiful music on Thursday April 2nd from 7.30 to 9.30 p.m. in Bewley’s Café, 78/79 Grafton Street, Dublin 2.

We are excited to announce that we have arranged a Positive Nights performance by the talented singer Ayla Nereo. This will take place on Sunday June 24th from 7.00 to 9.00 p.m. in Bewley’s Café Theatre, 78/79 Grafton Street, Dublin 2. Ayla has an exceptional voice and we are delighted to be welcoming her to share this gift with us. Tickets are available on Eventbrite. The Facebook page for the event can be found here. 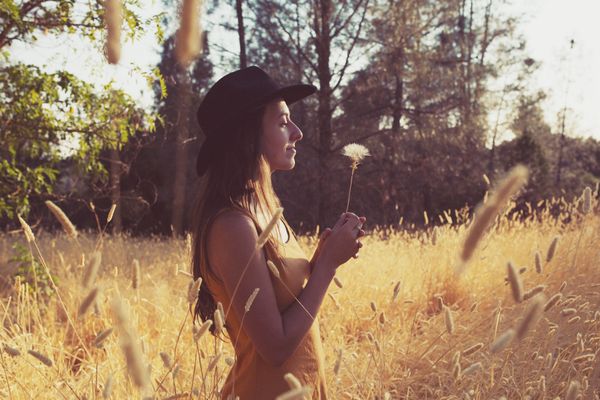 Ayla Nereo’s voice is a beacon of light that hits straight to the heart. Her poetry splashes like dazzling paint across a canvas of sound, and armed with an array of loop-pedals, she builds layer upon layer of vocal melodies into fierce, sweeping harmonies, weaving syncopated threads of guitar, kalimba, piano, and percussion into each live performance. Her songs call us to listen deeper. For the depth of each song is in the words; her lucid storytelling and lyrical imagery ring as anthems, riddles, and mantras for hope, humanness, profound healing, and love. With an uncanny ability to disarm and crack open the emotions, Ayla is an artist you feel is singing directly from her Soul, for what she truly believes in, and for the beauty of life itself.

Raised on Bob Dylan, opera, and classical music, Ayla’s music touches both the timeless and modern. Vocally and lyrically often compared to Joni Mitchell, her arrangements and stage presence lean into something more modern and fierce, an authenticity and innocence closer to Aurora or Imogen Heap. Dancing her own songs on stage as she sings them, her movement and presence gives the audience a permission to be wild, real, vulnerable, and alive. Though Ayla’s vocal melodies, timeless lyrics, and fingerpicking guitar songs harken back to an earlier era, she always rides the line between genres, weaving in live vocal looping, beats and percussion, orchestral string arrangements, celtic melodies, and even dashes of hip-hop wordplay, so that her songwriting and sound ultimately cannot be compared to anyone else.

Every performance Ayla gives is its own inspired journey; an enchanting and poignant experience that holds you by the heart and doesn’t let go.

Ayla will be with us at Positive Nights on Sunday June the 24th, from 7.00 to 9.00 p.m., for a performance that is sure to be spectacular. The performance will take place in the gorgeous, historic building of the Bewley’s Café Theatre on Grafton Street, Dublin 2. For tickets, go to this Eventbrite link.