Fairies & Their Healing Energies in Ireland 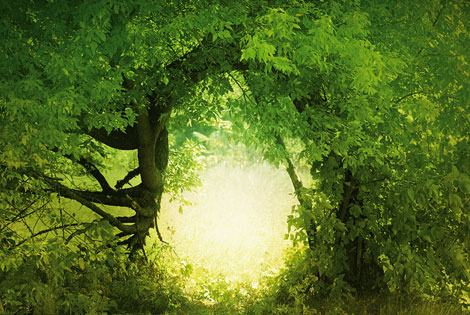 When humans migrated to Ireland and settled here, the time of the Tuatha De Dannan had come to an end. Fairy moved to the other world, beyond the veil, the land between. In Ireland, we are very connected to this energy of the land and to the fairies, even if it is often unconscious.

The fairy energy in Ireland is very strong, and many people visiting here have commented on how connected they feel here and how it’s different from anywhere else they have been. When visiting another country, the one thing I notice on touch down is that the vibrancy is different. I have always felt it most here in Ireland. Maybe you have felt it too.

Around the world, in myths and legends about the fairies, they are often portrayed as mischievous, but in all my work with them, I have found them to be playful in their communication and assertive in their reproval. You can connect with them through meditation or going to places where their energy is strongest, such as fairy rings or woodlands.

When I first started receiving the symbols, it took me by surprise, but over time, as I came to understand them, their potency and how they work has only increased my fascination. I developed the symbols into sprays so that anyone can use them – and children love using them. There are 18 so far, with 3 already widely for sale. I’m currently developing the rest which will be along shortly.

Our Life as the Dublin Holistic Centre – Bella Barker

We Recommend: The Open Minds Conference 2018

Alignment in Wicklow: Help on the Road to...