Now Trending:
Be Yourself Fearlessly: An Evening With Anita Moorjani
‘Creativity and This Liminal Space’ by Monica Haughey
Imagine Orgasm: The Teetering Moment
‘Real World Realisations’ by Sandy Newbigging
‘The Sweet Spot for a Positive Life’ by...
Spirit-Inspired Creations by Tahnee Morgan (With an Amazing...
Welcome to Well-Being: A Programme Promoting Children’s Mental...
Natural Boosts: Take Control of Your Health This...
Hugh & The Manatee: Mary Helen Hensley’s New...
Celtic Soul Journeys: A Conversation With Amantha Murphy
Imagination Arises: A Conversation With Hema Vyas
Cresting the Crypto Wave: Is Cash Still King?
Positive Vibes: The Spring 2021 Edition
Bring in the New: A Nettle Ritual to...
Somega Boost: The Benefits of Liposomal Vitamin C
The Taste of Spring: Happy Pear Recipes to...
Spirituality in the City: Spring 2021 Edition
Sneak Peek: ‘The Realm of Imagination’ by Anna...
Supporting Community Wellness: We Chat to Health Stores...
Our Spring Issue Hits the Shelves
Turn Over a New Tea Leaf
In Your Element – Calculating Your Feng Shui...
Sneak Peek: Oracle Girl on the New Embodied...
Summer 2016 issue Short and Sweet: A New...
Home Inspiring Interviews Audio Interview with Eckhart Tolle, Author of The Power of Now
Inspiring InterviewsPositive News & Interviews

Audio Interview with Eckhart Tolle, Author of The Power of Now 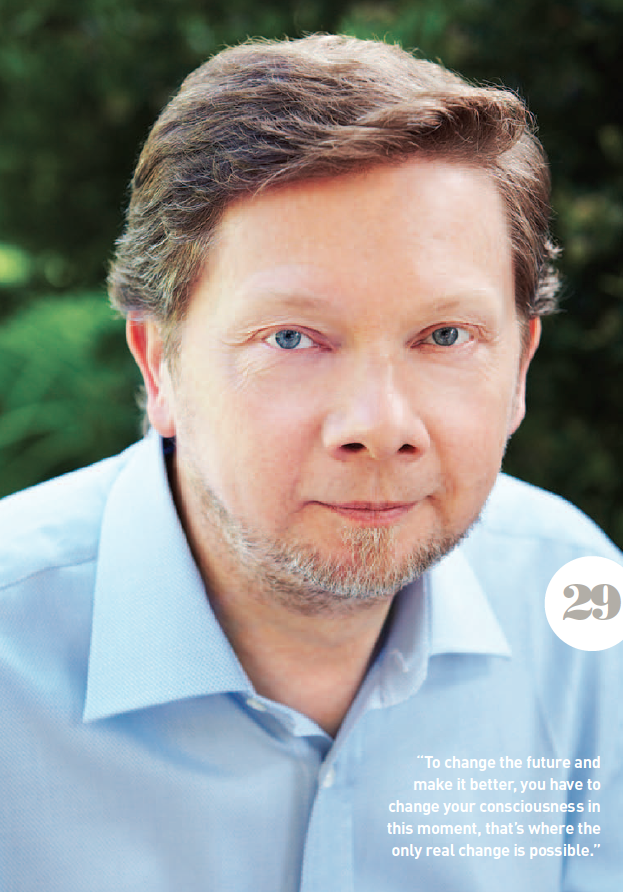 Eckhart Tolle will be in speaking in Ireland for the first time in five years this September 12th in Belfast as part of his European tour. Find out more here >

Ekchart Tolle wrote ‘The Power of Now: A Guide to Spiritual Enlightenment’ in the late 90s. It had such a profound effect on people, that it reached and remained in the New York Times bestseller list for years. The book came about after years of emotional turmoil in Tolle’s own life. He recalled to us how one night, he spontaneously felt better. Although he couldn’t explain it at the time, he realised later he had surrendered to the moment. He went on to write ‘A New Earth’, a book on awakening to your life’s purpose, published in 2005. Even today, he tells us, the books come back into the bestseller lists and he laughs about how they have a life of their own. Is there another book on the way? He says he has been doing some casual writing about the teachings of Jesus, something he came to identify with the truths of later in life, despite a Christian background, but he says the books evolve if they need to, the consciousness he’s working in and through uses him as a tool. If there needs to be another book there will be. We asked him our questions and hopefully some of yours too.

The audio interview below is from our summer 2015 issue. Subscribe here to get Positive Life in the post each quarter.

Book to hear Eckhart speak in Belfast this September.

We asked readers, “What does love mean to you?”

Exciting Crowdfunded Project from the Producers of Derry’s...