Teal Swan has been labelled a Spiritual Catalyst, someone who provokes change in those that she encounters. Born with an innate sensitivity, she has survived the most brutal of childhoods. She outlines this in tragic detail on her site. From such dark beginnings, she has somehow managed to develop the wisdom and strength that she can use to help others release their emotional blocks. 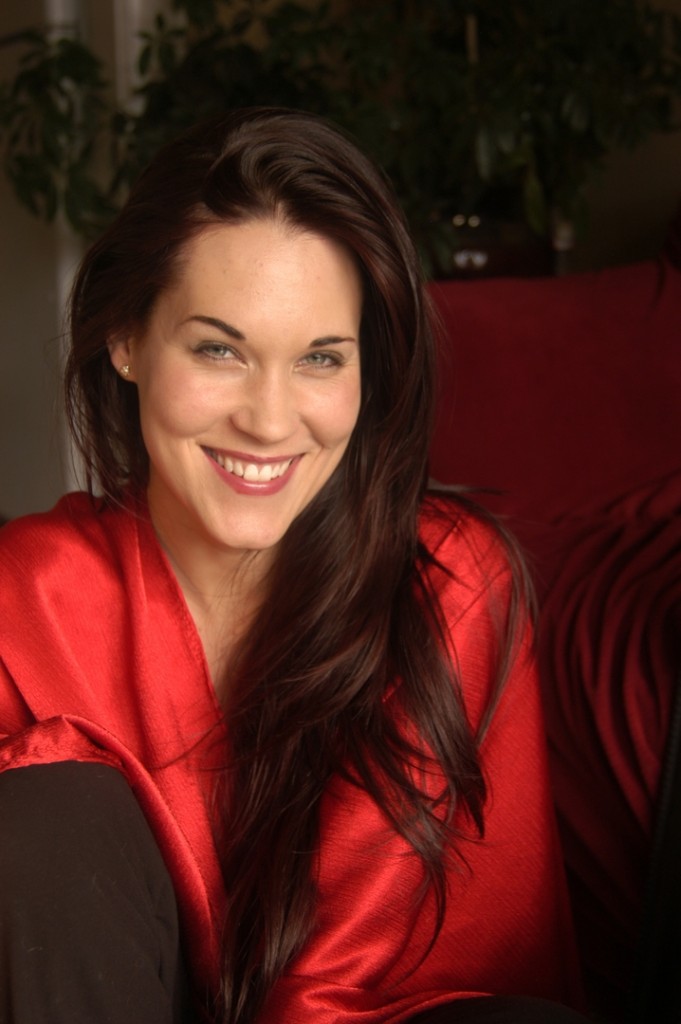 Her latest book The Completion Process is a handbook that teaches how to resolve all past trauma and begin to re own those suppressed aspects of the self in order to experience true freedom.

She spoke to a packed and enthralled theatre at our Positive Nights event in Dublin. It was an experience all of us there are likely to remember for a long time.

You are a ‘sensitive’. How do you hold that so it doesn’t overwhelm you?

I let myself be impacted by what I feel. It can be overwhelming at times, but I don’t resist it. With positive focus and that kind of stuff, you can make a jail cell beautiful. If you want to change a system that’s really fl awed, you need to let yourself be affected by the things that you feel. That’s where the motivation to act comes from. When we see suffering, it gives us the momentum to do something about it.

When something supposedly negative happens, how do we stay positive?

Positive focus is a really useful tool except when it’s used to suppress. What I call spirituality 101, says that I must stay positive in order to manifest what I want So we try to ignore the negative of what’s going on. What this doesn’t take into account is that our subconscious mind has the ability of thinking ten negative thoughts in the time it takes us to think one positive. So if you think of momentum, the momentum is going to be with the negative even when someone is consciously focusing on positive thinking.

The way it works vibrationally is that a tug of war takes place between the part that is hurting and the part that is trying to escape that uncomfortable feeling. What I am suggesting instead is to treat the part of us that is suffering as if it were a small child crying. We can then come in underneath and acknowledge our shadow side and offer it the love it needs to heal. If you do not validate emotion, you can’t go through it. Without that acknowledgement, the emotion will remain stuck. What causes pain is not negativity, but resistance to negativity. Embracing the full range of our emotions is the highest form of positivity that exists.

What do you do on a daily basis to keep yourself in a good space?

My favourite meditative exercise is presence with self-awareness. I also really like exercise and I’d be lying to you right now if I didn’t tell you that I do like using sex. I’m one of those spiritual teachers that’s going to tell you it is really important to embrace physicality. We are supposed to bring spirituality into all areas of our existence and that includes physicality. So that’s what I do, I try to bring that spirituality into every area of my life to make
every moment sacred.

There are those having difficulty trying to leave relationships and others having problems trying to get in to them. Can you talk to both those people?

I think one of the reasons it’s so incredibly hard to leave a relationship is the complete uncertainty that you are going to find something better. When most of us contemplate a move, we jump to the worst-case scenario, “I’ll never meet anyone ever again.” If you can realise that this is not necessarily true and visualise all the wonderful opportunities, you can begin to see it differently. What I find about those who are having difficulty manifesting a relationship is that they are often completely unaware of the part of themselves that doesn’t want one. The way that this universe works is that you are supposed to be in relationships. If you did not meddle with that, you would get into them all the time.

How do people develop self love?

When I was coming out of that hell-hole of suicidal despair, I studied people who loved themselves and I found that they did certain things. Self-love, I believe, is about doing those things for yourself. One of those things is that people who love themselves commit to what they’re feeling more than anything else in the world. To get out of my depression, I spent one month of only doing things I felt like. When it started, one action for myself gave me hours of guilt so I had to be really present with that. Ikept at it and what I realised is that life went on. The sky didn’t fall on my head. It made me so angry that I had wasted so many years in a prison of my own creation, but after a while, I began to enjoy my freedom and it became really apparent how trapped other people were. You can only see the box when you get out of it.

There’s obviously something going on with consciousness at the moment.

That’s an understatement! It’s the tipping point. We have been desiring our way into a new species. We have the capacity to comprehend the fifth dimension. People don’t always know how to envisage that. They try to imagine it within a three dimensional framework. It doesn’t work. The fifth dimension has several properties that we now have access to if we choose to step onto the road of awareness. For example, you may have access to a number of timelines. This is where you gain the ability to change the course of the life you have already chosen. It’s all about life path potentials. In the three dimensional reality, you are limited by the linear timelines, but in 5D, you can recognise that all potential timelines are all accessible in the moment. That’s what shamans have known for thousands of years. Imagine a society where a whole generation of people have access to this.

Tell me about The Completion Process.

It’s a process I designed to solve your past trauma. Consider cancer, PTSD, depression, you name it, they could all be considered to be caused by past trauma. I’ve never met anyone who is not suffering from it. Your personality in your adult life is really just an adaptation caused by this trauma.

The way that it works is that you have an event and you feel it in your body. That’s called a trigger. All of our efforts are mostly to get people away from the trigger. This process goes entirely in the other direction. It takes you into the trigger. The trigger is like a wormhole that is linked to something painful in the past, you go straight into the wormhole instead of away from it. All of the gold is in there.

Imagine someone who is six years old, born into an immigrant family and forced to take an academic route despite being a brilliant artist instead. That is a trauma. The result is that the child, loyal to the parents suppresses their creativity to the point that she will be cut off from it and, as an adult, not even remember that it was ever there.

When we go into the pain of the trauma, we also recover the lost gift that was buried with it. You have no idea of who you really are until you have gone into that place. It’s a process of re-owning oneself. In the subconscious mind, those aspects that have been suppressed and lost, they are the parts that need to be re-owned for us to be happy. It’s hard work sitting with these painful emotions, but it’s what has to be done to become free. 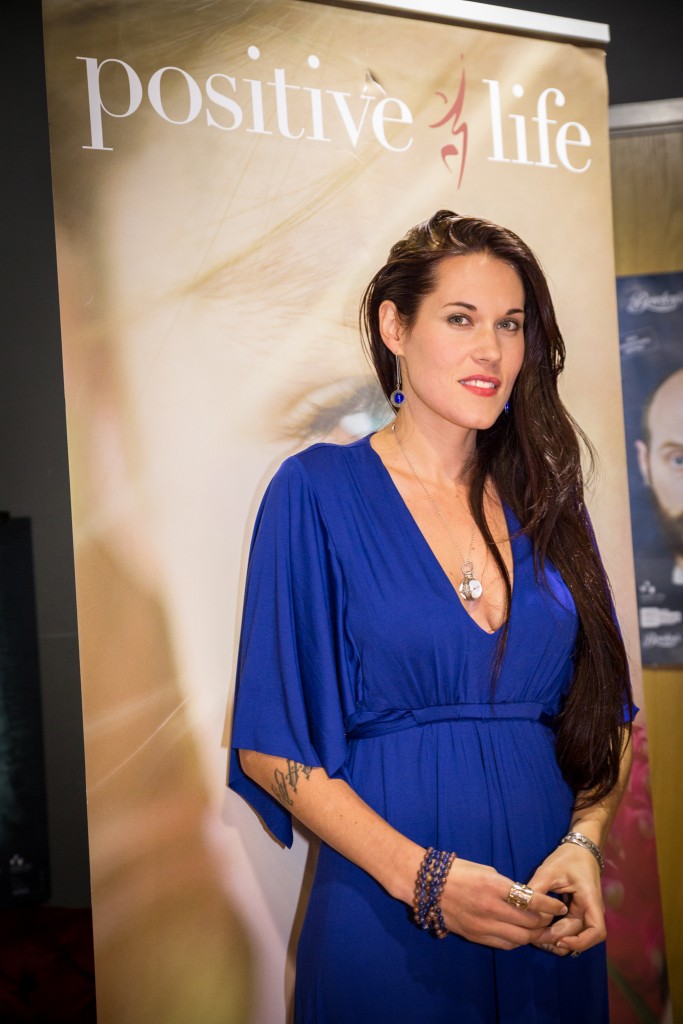 When Teal arrived in Dublin airport, she experienced a flood of unexpected emotions that reduced her to tears for a full ten minutes. It took her a while to realise what was happening, until she remembered that her greatgrandmother left Co. Clare in forced emigration and she realised her DNA was opening up to heal from this trauma. It was clear to her that Ireland was going to have a special significance.

On her blog, Teal lists 34 signs of her Irish heritage. She includes her feistiness, her complexion, her self-deprecating sense of humour and her passion.

The dominant positive vibration she felt from the Irish was goodwill and that Irish people have an unshakable connection to both the land and their consciences.

The dominant negative vibration she tells us is bereavement. This comes from choosing to stand up to loss rather than accepting it. The Irish, she says, need to learn to let go of things in order to move on.

She has promised to return and is keen to explore the place where her Irish side, the Clancys of Clare, lived and breathed.

Teal Swan is an internationally recognised spiritual leader and powerful voice in the field of metaphysics. as a renowned author, speaker and social media star, she travels the world teaching self-development and spiritual growth. teal has just set up a retreat centre, philia in Costa Rica.