The Camino Way: Peace on the Ancient Pilgrimage Route

This beautiful reflection on the famed Spanish Camino de Santiago pilgrimage route by Brendan McManus gave us some food for thought. This account of his incredible journey appears in our Winter 2018/19 issue, and it’s got us feeling inspired … have any of you ever walked the Camino or a similar pilgrimage route, Positive Lifers?

The well-known biologist and author Dr. Rupert Sheldrake is visiting Dublin for a special seminar entitled ‘Science and Spiritual Practices’, which will take place on Tuesday October 30th, from 7.30 to 9.30 p.m. in the Hampton Hotel, 19 – 29 Morehampton Road, Dublin 4. Tickets are available through Seminars.ie. 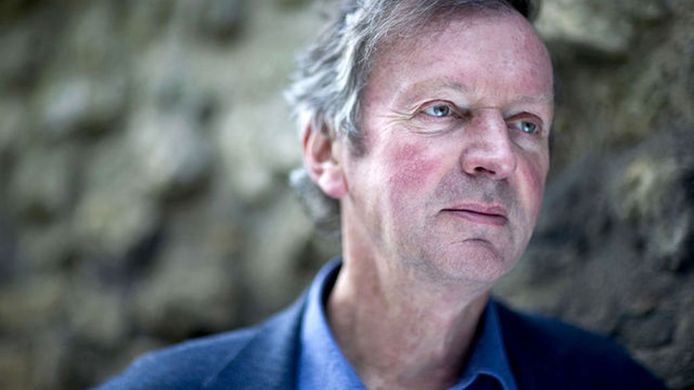 Dr. Rupert Sheldrake is a well-known biologist and author of more than 85 scientific papers and 12 books, including Science and Spiritual Practices. He was a Fellow of Clare College, Cambridge University, a Research Fellow of the Royal Society, and – from 2005 to 2010 – the Director of the Perrott-Warrick Project, funded by Trinity College, Cambridge, for research on unexplained human and animal abilities. He is a Fellow of the Institute of Noetic Sciences, Petaluma, California, and of Schumacher College in Devon.

Dr. Sheldrake has long been interested in the many intersections between spirituality and science. In an interview he conducted with us, he explained, ‘I am a scientist – that is what I have always done and that is what I still do – but I am also a spiritual seeker and I often do spiritual practices myself. These practices are a core part of my life. There has been quite a lot of scientific investigation into spiritual practice, and I am interested in that because it brings those two sides of my life together.’

He explains that despite the decline in traditional religious practice throughout Europe, a growing number of studies have shown that spiritual experiences are surprisingly common even among those who are non-religious. These experiences can include near-death experiences and spontaneous mystical insights, to name two examples. Studies that have been conducted on the effects of spiritual practices such as meditation have shown that these practices generally make people happier and healthier.

During his upcoming seminar in Dublin, Dr. Sheldrake will discuss a number of practices which are part of all religions, and which are also open to people with no religious affiliation, including meditation, chanting, rituals and pilgrimage.

In this enlightening talk, Dr. Sheldrake discusses a core concept behind much of his work: why is there so much beauty in this world?

Tantra Maat is a mystic, seer and the author of An Irish Tale of a Modern Mystic and The Language of Creation. We are thrilled to welcome her to Positive Nights on Wednesday, September 12th at the Central Hotel, 1 – 5 Exchequer Street, Dublin 2, from 7.30 to 9.30 p.m. Doors will be open at 7.00 p.m.

Maat was highly intuitive from a young age. Throughout her life, she has accurately predicted the challenges of awakening in humankind. In 2011, she created what she terms ‘a living field of unity within which humankind could get a living experience of the realm of unity.’ She is passionate about assisting the evolutionary process of the Earth, knowing that this is our time to awaken beyond the social, biological and cultural limitations that have been imposed upon us.

Maat says: ‘I give voice to the sacred vision manifesting at this unique point in the evolution of human consciousness. That sacred vision awakens us into embodying our unique and essential design that carries our direct link with Creation.’

During her time with us, Maat will discuss the powerful energies present within Ireland, and how they can be utilised to advance the awakening of the Earth. She asks: Did you make a pact in the distant past to walk again on this Sacred land now named Ireland?

Did you promise your clans and allies you would, in future time, rally to move together into the greater whole of that which we are all a part?

Do you hear that you are part of a pilgrimage that has to be honoured in the now?

The Art of Pilgrimage

Join us for an evening on Brigid’s Way – The Art of Pilgrimage, to explore our inner and outer rhythms and our connections with the land on which we walk. Karen Ward – shaman, holistic therapist, author and Lydia Kiernan – conscious coach, will guide us through the story, ritual and sacredness of pilgrimage and a meditative city walk, ahead of leading the Brigid’s Way pilgrimage from Faughart to Kildare on the 28th of June.

After walking the Camino in 2010 and 2011, John and Maria Jesus are offering to take a group on the last part of this historical pilgrimage. Walking on pilgrimage is a great way to nourish the soul and bring healing and resolution to one’s inner nature. 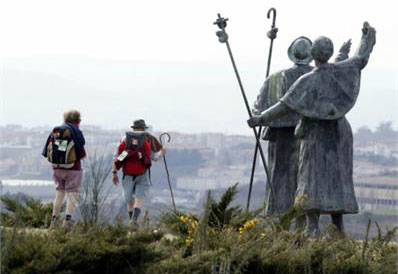 Whether it’s for yourself or others, our prayers and intentions are processed and offered up on this walk in the way thousands of Peregrinos have been doing for centuries.

This is an ideal opportunity to come on a walking retreat with heart-minded travelers, and to have the walk supported by John and Maria Jesus.