How to be happy by bringing new conditions of living, and personal watersheds, into being 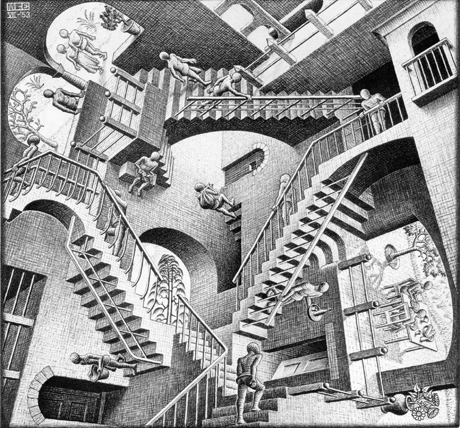 We live within a matrix of multileveled possibilities woven together within a pathway of sacred geometry held together by intention. Our physical experience of life takes place within this matrix of unlimited potential manifestation, following the lines, curves and patterns made by this cosmic geometry. But please do not mistake these celestial patterns as determining our reality. The planets are but mere signs that guide and inform the awakening and emergence of our consciousness. They cannot tell us about the quality of, and intent behind, our choices that fuel how deeply the suggested growth can manifest. That is the beauty of life – our freedom to choose how we live.

Our spiritual journey within the Earth realm appears to be one of perpetual growth and learning as we seek to come out of the world, rather than immersing ourselves further into it. I doubt that there is a reader of this magazine who has not felt the massive personal and collective shift taking place during 2012 and 2013. On one level, it is reflective of the harmonic dance of two planets that will converge for the third time in less than a year on May 21st; its antecedents taking place during 1988 and 1989, 1964-68, 1948/49, 1933/37 and 1916/17 to name the most recent phases.

Whilst we live within a time of revolutionary evolution that is affording us the opportunity to bring new conditions of living into being, we are also experiencing our own personal watersheds. There are some of you that will really feel this titanic shift in a very obvious and tangible manner this coming spring. So, to prepare for this acceleration in your own emergence process, I would ask you to reflect on two previous time periods in your life. Firstly, January through May 2002; Secondly, January through April 1993. If those dates stand out for you, then know that this is a period of your life that is fecund with opportunity to undergo an immense transmutation process, helping you to accelerate on your journey back to the light. If those time frames do not resonate for you, no worries, since this alchemical process is going on until 2015.

The benefit of looking backwards is to get a feel for the movement that occurred in your soul, since the weather ahead has a similar feel to it. Please do not reflect on your prior growth from within the ego-mind, asking yourself whether the changes were good or bad. It would be more useful to reflect on the mood and intensity of the changes and the areas of your life that underwent those metamorphic processes. Having done that, I would like you to ask yourself whether you can see a similar tone emerging within you in similar arenas of your life now. The tone in 2002 was one of striking, compelling and radical change; the tone in 1993 was a deep purging and soul searching. If so, then know that the time is right in May to utterly transmute your life in consort with the titanic and volcanic shifts occurring around you.

Within this realm of Reality, as consciousness appears to splinter from its origin as a singular, unified entity into a dualistic state creating light and dark; awareness and unconsciousness; male and female; there exist five organising principles in life, known as the elements. Within the western astrological tradition, four elements are recognised as being the psychic structures through which consciousness is expressed, the fifth being the overall matrix within which life is housed – Ether. The elements of Fire and Water are the two modes that are being accentuated this spring. At a lower vibrational state of consciousness, it may feel like Fire and Water have little in common. Indeed, Water is used to put out Fire, and Fire is used to heat Water. However, both reflect highly charged emotional states and are required to get things going. Water is Life. Without it we would not exist. It is moulded and shaped according to the matrix into which it flows. Fire is Spirit. It is the life force that animates consciousness. That they are equally strong, reflected in Mercury’s pause in Pisces through March, and Venus’ conjunction with our Logos (the Sun) on March 28th in Aries, means that we can actively cleanse (water) our spirits (fire) and fuel (fire) our emotions (water) with passion (fire) and altruism (water).

FIRST YEAR OF THE NEW AGE

2013 is the first year of the New Age of Awakened Consciousness, and we are in the spring of this first year, sowing seeds imbued with an entirely different frequency of consciousness that will germinate, sprout and flower over the time ahead. Abraham Hicks teaches that an emotionally charged thought is what creates reality, since the universe listens to our feeling state, not the verbally elite thoughts that stem from our egos and brains. Reconnecting to our feeling state is indicated during the eclipse season in late April and May, as three separate portals open up to give you a more immediate access to a higher realm of consciousness, facilitating you to bring God/ Source consciousness directly into your life. These eclipses bode well for reflective practices, so I would gently suggest that you schedule time to spend in deep reflection concerning the release of any stagnant emotions that are polluting your ability to see things clearly, thereby eclipsing your ability to manifest reality (lunar eclipse in Scorpio); what ways are you honouring spirit with your body (solar eclipse in Taurus); and how are you spreading your light to those around you with joy and laughter (lunar eclipse in Sadge). Accessing Source consciousness through those portals means that you can literally make quantum leaps in your spiritual evolution, raising not only your consciousness, but the awareness of those around you. Gregg Braden talks about the measurable effect on humanity of group intention in his book The Divine Matrix. Essentially, he refers to research undertaken that suggests it only takes the square root of point one percentage of the population to transform the world by intention alone. Think about that in terms of Ireland – that is a mere 223 people needed to embody the cosmic energy and kick start the paradigm shift. 223! It is safe to say that there is more than that number reading this magazine! 2013 is the year – your year to revolutionise your spiritual evolution. My sincerest best wishes for your journey.

Highlights of cosmic activity during spring 2013

Pick up a copy of Positive Life Magazine in your local health food store or click here to subscribe to have it delivered to your door for only €15 per year.

Andrew’s private practice is in Blackrock, South Dublin. For further information on consultations, workshops or classes, or to receive his free monthly newsletter, please email dastroc@gmail.com, text 0868823554 or join him on Facebook or LinkedIn.

The After Life – What Happens When We Die?

The Soul and the Body, Patrick Bridgeman