A Tantric View on Parenting and Sexuality, Part 2 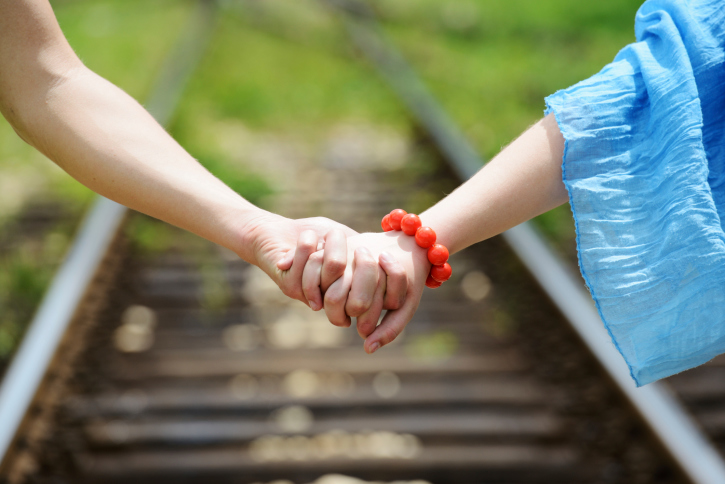 Adolescence, a time of growth spurts, hormones and emotional outbursts alongside fi rst loves, invincibility and sexual awakening. This is a time of transformation from childhood to adulthood. Many criticise the unruliness of this age, but some dig beneath the surface and uncover the beauty and tenderness also present. Adolescence is sexuality in its purest form, full of aliveness, innocence, courage and an optimistic belief in the power of love. A little understanding goes a long way in creating an environment where adolescents are cherished, and sexuality and the passion it instills brought out of the shadows and into the full light of acceptance.

They’ll be dealing with peer pressure, popularity, acne, sexual arousal and hormonal changes. Listen and empathise rather than just dishing out advice. Also, their limbs are growing faster than the rest of their body so they lose balance more easily and can feel insecure about their bodies. Spend time swimming, rock climbing and cycling together to accompany them in building confidence and balance.

They begin to define their sexual identity and may experience identity confusion. Your adolescent’s brain is changing rapidly so there are bursts of emotion, blasts of rebellion, invincible one minute and completely insecure the next. They are certain they’re seeing the world as it truly is for the fi rst time in history. Sports, dance, music, martial arts, humanitarian projects and other organised peer activities can be excellent places to channel sexual energy in non-sexual ways as they explore who they are.

Late Adolescence: 17-21 years – your child has become an adult.

Intimacy skills and a sense of commitment and future are well developed and they are more likely to form long-term relationships. They are more responsible about their sexual choices and behaviours. Many become sexually active and more expressive or open about it during this stage. Sex and relationships are fi lled with meaning and mutuality. They begin to think about what kind of person they’d like to spend their future with. The hormonal swings level off and they are becoming more spiritually centred and aware. Their choice of music, clothing, study and career refl ect this awareness in ways that may challenge their parent’s perspective. They are aware of and have access to books, classes and counsellors, and hopefully loving parents that support their continued growth.

This is taken from our autumn 2015 issue. Subscribe to have the next four issues delivered direct to your door.

Tonight at The Buddha Bag Meeting: Ocean Essences with Erik Pelham from the UK