This is taken from our spring 2016 issue. Subscribe here to have the summer issue and the following three issues delivered directly to your door. 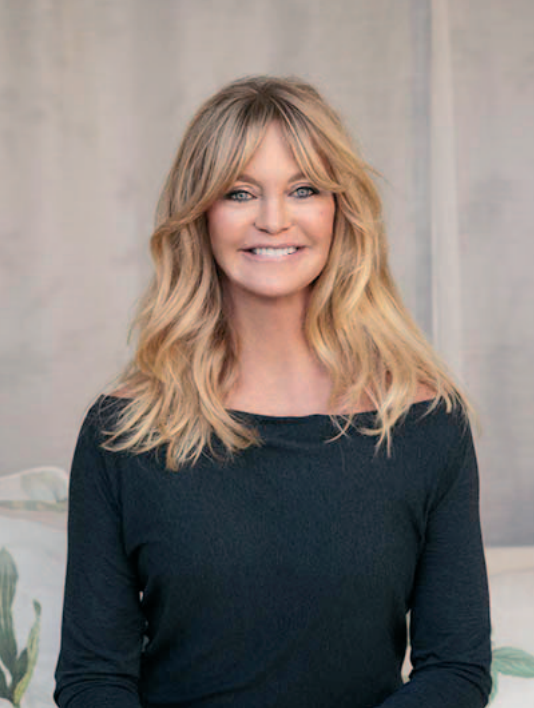 MindUP, an interactive mindfulness programme for children initiated by Goldie Hawn has been taught to over 650,000 students around the world. Like so many movements encompassing kindness, mindfulness and empathy, it’s been quietly changing the world from the grass roots up for over a decade. It’s helping to move society from the surprise and shock of the digital era, to what Tony Robbins refers to as the ‘attention era’ – a time where we now consciously choose where to put our attention. Goldie Hawn believes this shift needs to start in the classroom.

Adults today for the most part would probably agree, that we weren’t entirely prepared to deal with the kind of world we find ourselves in. I say this because there seems to be, ironically, an almost panicked frenzy to figure out how to live a balanced life, find calm, find peace and be able to sleep again at night. We have access to and share a lot of information and it’s fast and there are so many sources. In many ways, this has had amazing benefits. The digital era has enabled us to help people on the other side of the world in very direct ways. People in remote areas educate themselves online and can even video-chat with a class leaving them feeling less isolated than they would have 100 years ago. Overall though, it’s pretty hard to switch off or focus, isn’t it?

We don’t need science to tell us that we are happier, perform better and are nicer to people around us when we are relaxed and focused. We know that about ourselves but an increasing number of scientific studies back it up too.
So what would the world look like, if instead of focusing purely on academic achievements in school, we had learned how to relax, be calm, develop our levels of empathy? This is where Goldie Hawn’s vision for a better world emerges, in the classroom. Through the Hawn Foundation, along with neuroscientists, psychologists and educators, she’s developed the MindUP™ curriculum which has now run with over 650,000 children. The data collected, along with big smiles and many moving stories, has already proven its value.

In her early twenties, Hawn rose to fame almost overnight and faced the challenges that come with that, including anxiety. In interviews, she’s spoken about how she just wanted a “normal” life. She had danced from the age of three, and her dream was to open a dance school back home, have a white picket fence and start a family. People asking for her autograph didn’t fit with the life she envisioned. To deal with it, Hawn began using meditation, something certainly under-prescribed in Hollywood at the time, went to a psychologist and began to explore her
mind.

So why focus on children? In an interview with Queen Latifah, Hawn explained that physically, our brains aren’t fully developed until the age of 24. Yet so many of us are expected to behave like a mature adult from 18, in many cases even younger. When 9/11 happened, she said like she felt the world was going to change, and foresaw a silent distress in children. She might not have been wrong. Figures from the Hawn Foundation state that when MindUP was introduced to schools, 13% of teenagers were suffering from depression and 50% per cent of students in urban centres were dropping out before graduation. Less of them would graduate than their parents. When we hope the world is advancing and education improving, that’s a scary and heartbreaking statistic. Principle Harriet-Turman from Terry Lane Elementary School also notes the importance of the programme in today’s world. “For 21st century learners, it is imperative that they are optimistic. It is imperative that they understand that if they’re going to compete with a global community, they must be resilient.”

MindUP functions as a really well-designed, interactive programme. Kids aren’t forced to just sit quietly with their eyes closed for an hour and it takes four main pillars into account.

Kids learn about the science of the brain. It’s incredibly interesting and brings a practical, physical, and visual element to what they’re learning. Our ‘reptilian’ brain is an ancient part of our biology that runs well when we are in a state of alert. The down side is that it’s not great for considering things, its role is to react quickly to make sure we’re safe if something is going to attack. In a conversation with a classmate or a teacher, it’s not necessarily the part of your brain you want in control of the situation. The children learn that through mindfulness and brain breaks, their pre-frontal cortex can step in and take over. This part of our brain functions less-well in a state of alert so it’s important to be able to find calm. Rather than ‘reacting’, the pre-frontal cortex allows us to weigh things up, process and take a bit more time to reflect before making a decision or action.

The students also learn to quiet their mind by taking brain breaks – and they love them so much that they request them, they’ve even requested them specifically to help others in their classroom. In an interview with Deepak Chopra, she tells of a time an autistic child was having trouble in a classroom. He was getting agitated and shaking because of a test they were about to take. A fellow classmate walked up to the teacher and asked if they could do their brain break and their breathing exercises now as it might help him. The whole class got into a circle and did their breathing practice. His shaking stopped and he felt ready to take his test. Imagine knowing that this was how a group and teacher were going to react to your child if they were having a difficulty in school?

They also practice using their senses to become mindful and I’ve seen this recommended to adults too. It’s a lovely one to try no matter where you are. Become aware of your senses one at a time. What can you see? Name something. What can you hear? What can you smell? Continue through each sense, focus on each individually and allow other thoughts to float away. Much like breathing exercises, this can help you gain calm and focus.

Our Place in the World

Lastly, the children look at their place in the world. They learn to savour happiness and they keep gratitude journals. It doesn’t stop with just them either. In one of MindUP’s videos, two children shared their stories of teaching the practices to family members. One young boy taught his parents. When they fight, he asks them to do breathing exercises and says that afterwards, they’re not angry. Kimberly Schoenrt-Reichi, Phd. from the Department of Education Psychology Unity of British Columbia backs up the importance of the optimism created too, “Children who are less stressed are more happy, and happier children not only do better in school, they have higher academics as well as more motivation. They also are more caring and emphatic individuals.”

This is only the beginning. MindUP is growing and may even come to Ireland in the near future. Many others are finding ways to bring mindfulness to children too, in schools and books and toys all designed to give our children tools we now recognise the need for. Seeing even small stories of incredible kindness and empathy that grows from that new culture for our children is only the beginning of a changing world. Hawn refers to the number of students in MindUP as a drop in the bucket. “Every child needs a chance to thrive, to feel that they have a special gift. If we don’t give them that respect, we’re not doing our job in educating the leaders of tomorrow.” 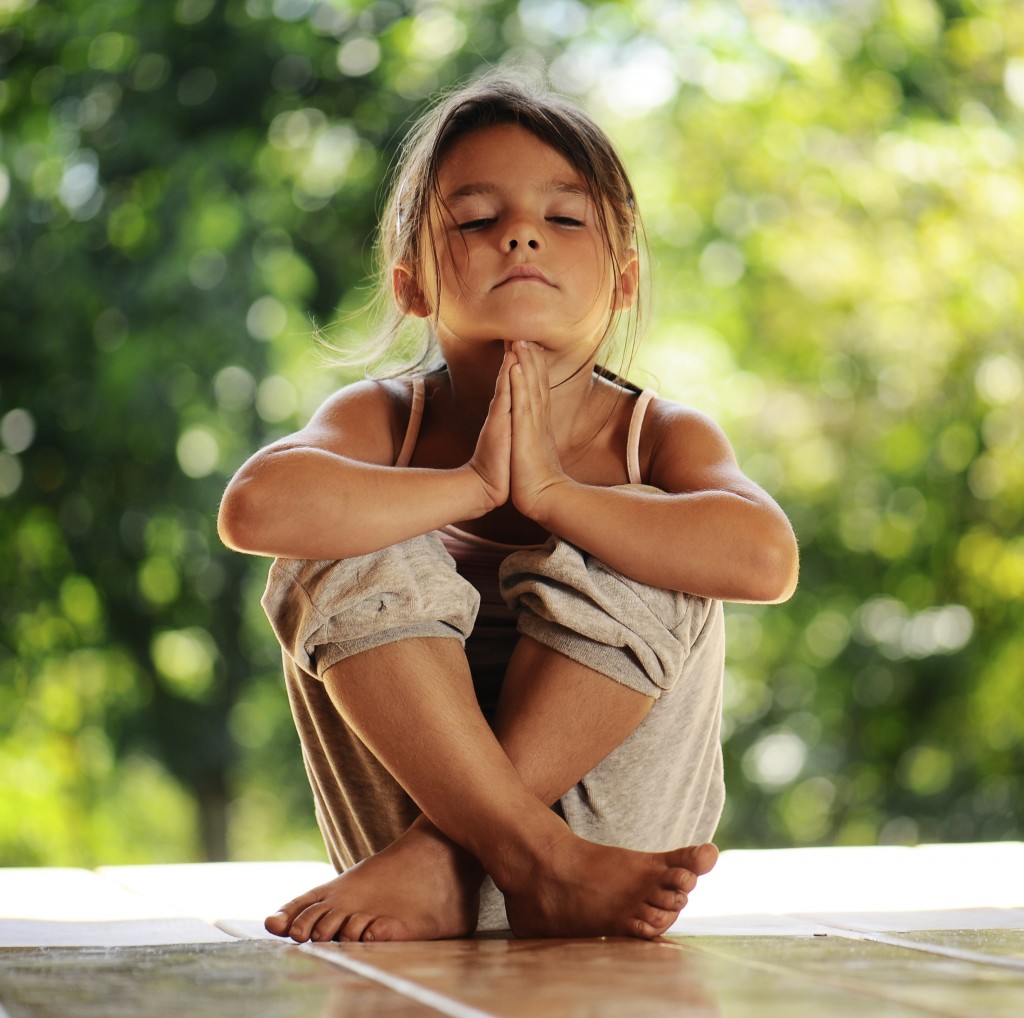 Statistics From The Mindup Programme

Figures were collected in studies carried out by the University of British Colombia, and the Momentos Institute.

• 82% of children reported having a more positive outlook
• 81% of children learned to make themselves happy
• 58% of children tried to help others more often
• 100% of teachers reported that it positively influenced
classroom culture and students were significantly more
attentive.
• 15% of students improved their math achievement scores
• 73% of 3rd graders showed improved planning and
organizational skills
• 56% of all students and 92% of all 3 year olds reported greater
peer acceptance
• 64% of all 4th and 5th graders demonstrated increased
empathy

• She laughs easily and fully. Watch any interview with her. It’s heartfelt and infectiously joyful.
• She’s been with her partner Kurt Russell for over 30 years. They’ve never married and she says
that each day she wakes up and makes the decision to be there.
• She also credits Kurt as a wonderful father, says they parent as a team, share the same values and
“love and live with our family.”
• From age eleven, when people asked Hawn what she wanted to be when she grows up, she would
say, happy. Speaking at an event run by The Aspen Institute, she said, “They looked at me like I
was crazy. They didn’t ask me what I wanted to do, and those were two different things. What do
I want to do, well I want to be a dancer, and then I want to sing. But what I wanted to be really
mattered to me.”

This is taken from our spring 2016 issue. Subscribe here to have the summer issue and the following three issues delivered directly to your door.

Spring 2016 Spirituality & The City: Keeping a Calm and Peaceful Flow

A New Initiative from Thrive School