A Very special competition for our readers: We have two tickets to give away for Deva & Miten’s concert September 22nd, 2017 at the RDS in Dublin. Just follow us on Facebook or Twitter, share this post and tag us to let us know! 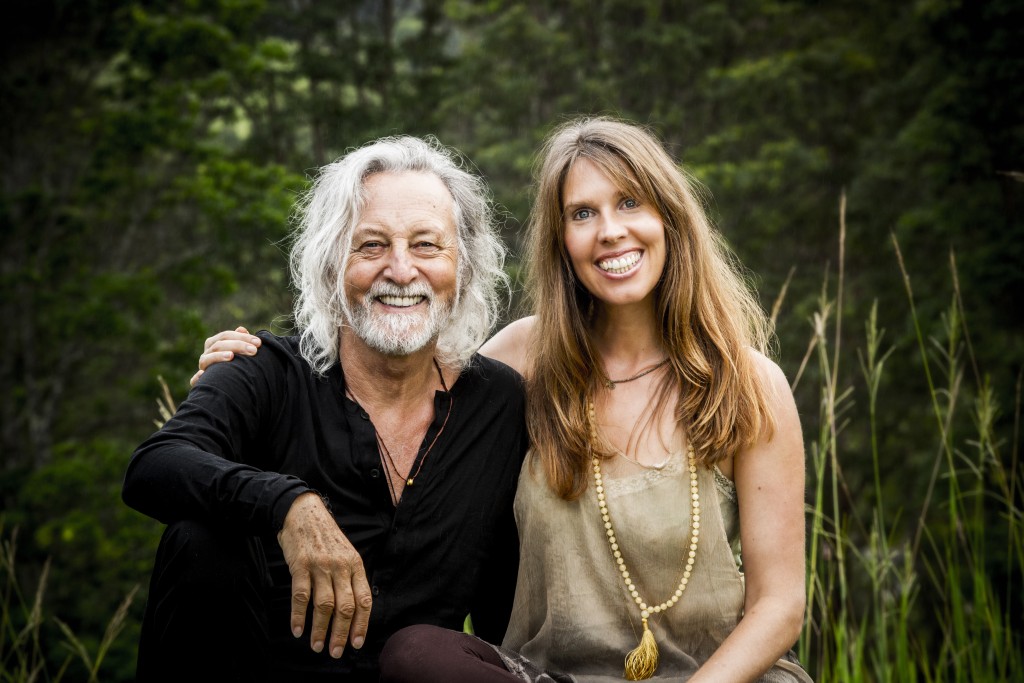 Chanting is an ancient tradition. Millions of people throughout the ages have chanted the mantras Deva and Miten share with the world today. It’s been known for millennia – and was recently confirmed by science – that voicing these sacred sounds has a profound healing, uplifting effect on human beings, and on the rest of the natural world. When Deva speaks of mantra, in as rich and resounding a speaking voice as her singing one, you feel her deep reverence for these sonic messengers of ancient wisdom.

“In the end, the silence and the singing is the same. The essence is the same. We always come to that same spot of Oneness… the mantras, they all have different meanings and focus and deities, but they all bring us back to the same space of Oneness.” (Deva Premal)

AT HOME ON PLANET EARTH

In India, ashrams have existed for thousands of years. Places where teachings are shared to bring about healing, evolution and enlightenment. It was at Osho’s ashram in Pune, India, that Deva and Miten met. Miten had been entrusted with co-ordinating the music to be performed during Osho’s spiritual teachings. Deva had wanted to sing – and so she began. Miten’s music and Deva’s singing allowed their initial friendship to deepen and evolve into the remarkable, creative and loving partnership that it is today.

The time spent at Osho’s ashram has profoundly shaped their lives. It impassioned them to live a life oriented from the spiritual heart, where the desire to share with others that which opened up their own hearts, voices and lives fuels their lives. They continue to thrive to this day from a hand-made life borne of passion for the twin flames of music and mantra, and each other! Deva recalls, “We met in the ashram, and the love we received there when we lived there…we wanted to share it in life outside the ashram walls as well. So that’s what we started doing. We started giving voice workshops and music Satsang meditations, and eventually concerts.” The term ‘career’ doesn’t enter Deva’s vocabulary when it comes to talking about how she has spent her life for the past 26 years. Deva feels that they were always simply choosing to do what they loved, guided by their positive feelings. “The first workshop [we did] just had one participant for a weekend workshop, but we just did it because we loved it, and it just always felt supported and always felt good, so we just kept going, and at some point we looked around and there was 500 for a concert, and now there are 6,000 in Moscow for a concert. It grew very organically and sweetly.” Each concert feels like a homecoming for Deva, “like a reunion, like a circle, like we’ve just finally gotten together again and now we can just enjoy…and keep going where we left off, even if we’ve never seen each other…we are all ready to be One.”

The orientation towards life and living that they uncovered within themselves, embraced, and were immersed in at the ashram, continues to remain alive. It acts as a magnet to those still seeking a way of life that generates peace, contentment, and a feeling of intense aliveness, love and connectedness to the rest of human and natural life, sharing this earth. Miten notes, “You take it with you. Once you get it, it doesn’t leave you. The ashram just expands to become the planet. It’s not a geographical point on the map anymore. It’s your whole life. That’s the key. That’s what we tell people when they come to us with their problems – chant the mantras. Give yourself the chance to adopt a mantra practice and you have a friend for life. You have remembrance in every breath.”

The Gayatri Mantra is closest to Deva’s heart and a precious jewel in the world of mantra. Being the oldest mantra known to mankind, it has been charged with the devotion, faith and feeling of the innumerable people who have chanted it throughout the ages. The Gayatri Mantra is a Mother-Mantra. It is the root from which all other mantras stem in their various directions; praising, calling upon and revering various deities, particular aspects of the One Divine. It is an all-encompassing prayer to the Divine Everything, symbolised by the Light. Deva recounts the meaning of this mantra, conveying as she does a deep gratitude and love; “The meaning is beautiful, because it’s a prayer that is to the light, to the sun…It focuses on everything, on the light that lights up everything. So it’s universal in a way that speaks to everyone since we’re all dependent on the light in our lives and we’re all ready to be lit up. And so the Gayatri Mantra lights us up within.” The Gayatri Mantra accompanied Deva’s life from her earliest breaths in the womb, however it was only during a festival that she attended with Miten in England that she first heard it sung publicly. When she then began singing it to Miten’s music, their lives began soaring to new heights. Interestingly, mantras are often given to devotees by spiritual teachers, once they are deemed ready to fully commit to a spiritual life. These mantras can symbolise the individual’s spiritual mission in life. The devotee chants the mantra to charge him or herself to open up to the blessing, clarity and courage to follow that path through life’s ever winding ways. Deva’s parents endowed her with this mantra when she was not yet even part of life on earth. “When my mother was pregnant with me, my parents prepared for the birth by chanting the Gayatri Mantra throughout the pregnancy. As I grew up we continued to chant it together regularly before sleep. I didn’t really know what I was singing… or even why! I just did it because I was told to! It wasn’t until much later that I came to appreciate the great gift my parents had given me.”

German-born Deva Premal (a name given to her by Osho, meaning ‘Divine Loving’ in Sanskrit) is a classically trained musician. Her mother and father were both musically and spiritually minded. Her mother played European medieval music, while her father was an artist and drum maker who was also dedicated to the Eastern Spiritual traditions of yoga and Zen meditation. In her teenage years, Deva moved away from her classical training and her life as she knew it, and entered Osho’s ashram to explore her spiritual destiny.

London-born Miten initially created a successful musical career for himself, touring with artists such as Fleetwood Mac and Lou Reed. However, he was spiritually unfulfilled by the rock n’ roll life. He found guidance on his deeper spiritual questions in Osho’s discourse on Zen parables which led him to leave his old life behind and embark on a new life journey at Osho’s ashram in Pune, where Deva and he met.

Deva and Miten will be coming to Ireland this autumn as part of their 2017 tour. While Miten has visited and performed in Ireland before, this will be Deva’s first visit – so be sure to save the date and come out to welcome them. Both share strong blood links to Ireland. Miten’s father’s family moved from Ireland to London before his father was born, while a DNA test revealed Deva to be 44% Irish!

Summer Issue 2017: Fall in Love with Folding by Elva Carri

Positive Nights is happy to welcome the tasty treats of SiSú to our Family!