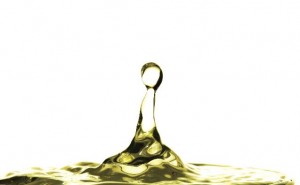 The Apple Farm in Tipperary was set up in 1968 when William and Ali Traas moved from Holland to grow apples. At that time a lot of Dutch farmers left Holland, as there was not enough land to farm.
In the early years in Ireland, the family grew many crops, including fields of flowering tulips and vegetables such as peas and brassicas. However, the flavour of the apples here was spectacular, and the farm came to specialise in fruits such as apples, pears, plums, strawberries, raspberries and cherries, most of which are sold directly from a shop on the farm.
When Con Traas took over the farm in the 1990’s, he began making apple juice, which became an instant success, thanks to the unusual collection of apple varieties from around the World that were grown on the farm. The juice won awards on a regular basis, including the Bridgestone Award, which has recently been received again for 2009, the best European juice in the UK National Fruit Show competition, and a Blas na hEireann silver medal just last October.
Con has for a long time been interested in traditional and natural medicines, and he had often been asked by farm shop customers why he did not make a cider vinegar from his apple juice. So about ten years ago he began on the slow process. Cider vinegar takes a long time to make and mature, and Con’s oldest stocks have been ageing in oak barrels for the last eight years. “It’s worth the wait” says Con, “when you see the quality of the end product.”
“Cider vinegar has been recommended since Hippocrates used it, and probably for much longer” continues Con, “It has antibiotic properties and is also said to ease arthritic pains, along with many other beneficial properties. I have horse trainers and dairy farmers who come to buy it in bulk as they really find it beneficial for the health of their animals.”
The good news about the health-promoting effects of Con’s produce does not stop with the cider vinegar however. According to a study published in the latest January 2009 edition of the Journal of Alzheimer’s Disease, two glasses of apple juice each day can help prevent Alzheimer’s disease.
Thomas B. Shea, PhD, of the Center for Cellular Neurobiology & Neurodegeneration Research, University of Massachusetts-Lowell, and his research team carried out a number of laboratory studies demonstrating that drinking apple juice helped mice perform better than normal in maze trials, and prevented the decline in performance that was otherwise observed as these mice aged.
In the most recent study, Shea and his team demonstrated that mice receiving the human equivalent of 2 glasses of apple juice per day for 1 month produced less of a small protein fragment, called “beta-amyloid” that is responsible for forming the “senile plaques” that are commonly found in brains of individuals suffering from Alzheimer’s disease.
Dr. Shea commented that “These findings suggest that regular consumption of apple juice can not only help to keep one’s mind functioning at its best, but may also be able to delay key aspects of Alzheimer’s disease and augment therapeutic approaches.”
Since this study was publicised on Sky News, Con says the response has been unbelievable, and that his juice sales have almost doubled. He says he is delighted as it will enable him to expand and provide more secure local employment, both in growing the apples and making the juice.
The shop at The Apple Farm is open all year round 7 days a week from 8am to 6pm. The farm is located on the main N24 (Limerick/Waterford road) between Cahir (6km) and Clonmel (9km). Juices, jams and cider vinegar are available to buy online at www.theapplefarm.com and in selected retail outlets.
Phone 052 744 1459

Turn Over a New Tea Leaf

The wonder of growing food from seeds

Amanda Collins Feng Shui for the Heart of...

What is Gluten? Dr. Denise Kelly explains and...