The Mystery of Orgasm by Dawn Cartwright

The Mystery of Orgasm 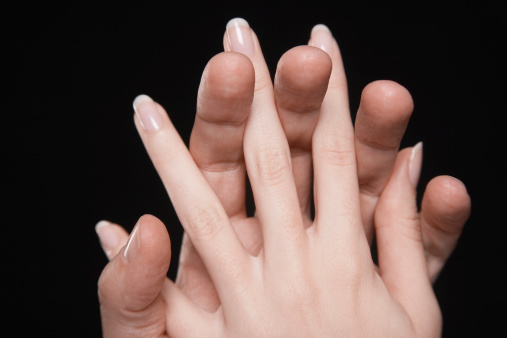 Nature’s lessons in connection and pleasure.

Studies done by Masters and Johnson in the early 1960s, at the height of the sexual revolution, proposed a four stage human sexual response cycle for both men and women. They outlined four phases involved: excitation, plateau, orgasmic and resolution.

Sexual response begins. We see something we find arousing, experience physical sensation we find arousing or think an arousing thought. The heart rate increases, breathing deepens and the erogenous zones of the body begin to swell and lubricate.

Sexual arousal reaches its peak. Muscular tension, especially in the lower body, increases. Circulation is heightened and there is a feeling of fullness in the genitals and pelvic region. Sexual pleasure reaches an almost unbearable intensity.

Muscular contractions in the genitals, pelvis and lower thighs release the tension that has built up over the previous two stages. There’s a feeling of letting go, falling over the edge. Ejaculation may occur during this phase.

The final phase is the Resolution Phase. Heart rate and breathing return to normal, breathing and a feeling of calm and even sleepiness takes over.

But we may also add the ‘Desire Phase’ to this list. Helen Singer Kaplan, Ph.D., an Austria born American sex therapist, was crowned “Sex Queen” for encouraging her clients to enjoy sex as much as possible, rather than see it as shameful or dirty and added a phase to Master and Johnson’s list in 1970. She argued that desire precedes excitement and arousal. Through her research, Kaplan found emotional factors such as stress, anxiety, defensiveness and lack of communication interfered with sexual arousal and orgasm, therefore she placed the Desire Phase first, before the Excitation Phase, in the human sexual arousal cycle.

Desire is a strong feeling of longing. While physical arousal may be possible without desire, desire for sex means we feel strong feelings of longing for intimate contact. Whether we are engaging sexually with ourselves, solo, or with a partner, our desire for pleasure and connection opens the door to sexual exploration. The body is naturally orgasmic. The mind, not so much. Yet, wouldn’t you know it, orgasm itself is a precision focused exchange of information between the two.

Orgasm, though mysterious, is a lot more straightforward than we’ve been led to believe. According to clinical sexologist, Amy Cooper, the whole purpose of sexual arousal is to focus our attention away from the stresses of life and onto pleasure. ‘Several body systems engage in positive feedback loops as sexual excitement increases. Each sensation or event builds on the previous ones in a response cycle that may ultimately lead to orgasm,” says Cooper

Orgasm is nature’s way of keeping us focused on pleasure and connection. When we look at orgasm and sexual response more closely, we see a sustainable, positive, self-generated vitality circuit. It’s a state of mind as well as a phase in the sexual response cycle. In fact, this ecstatic state may be how we’re meant to experience the world and each other, even when we’re not having sex.