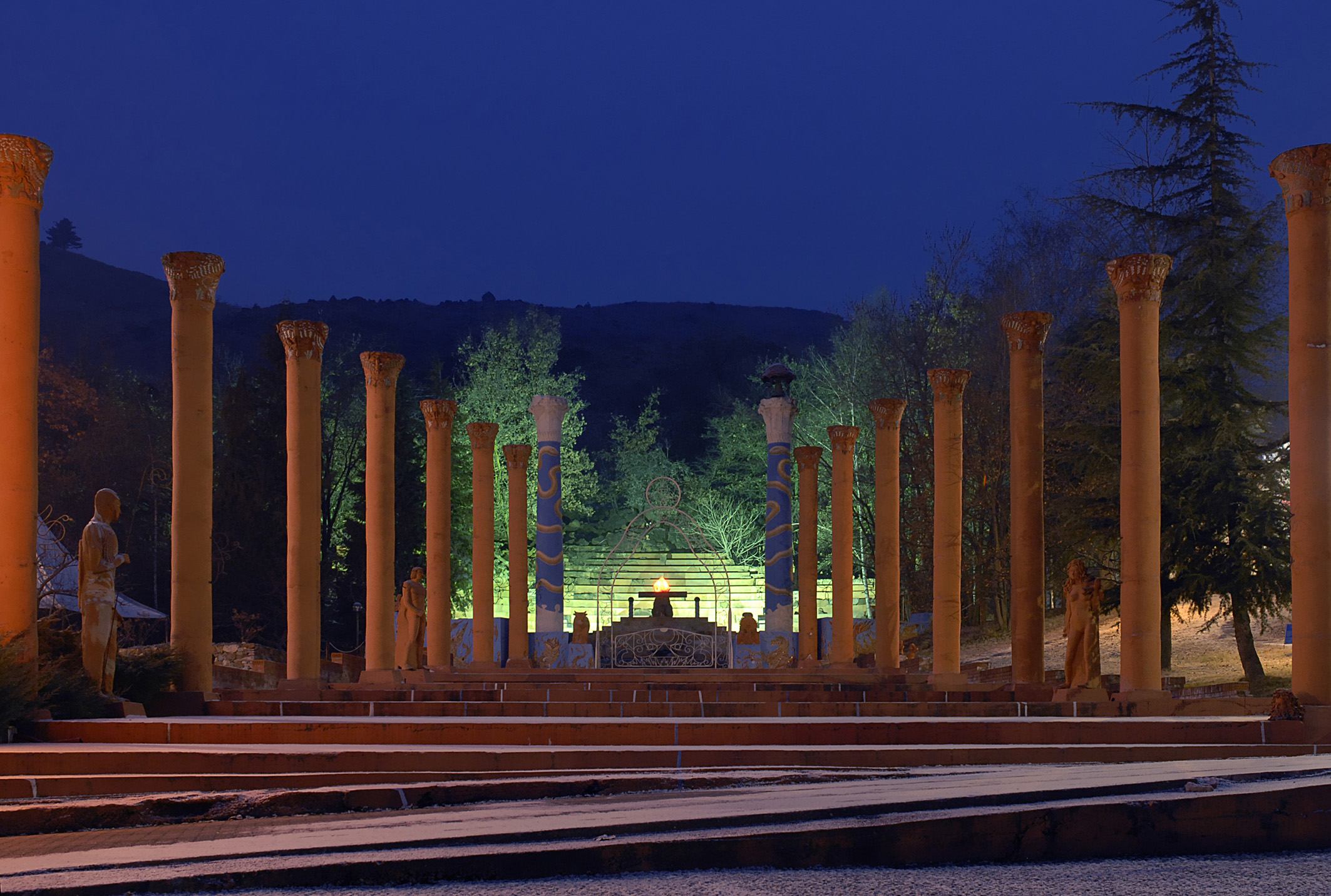 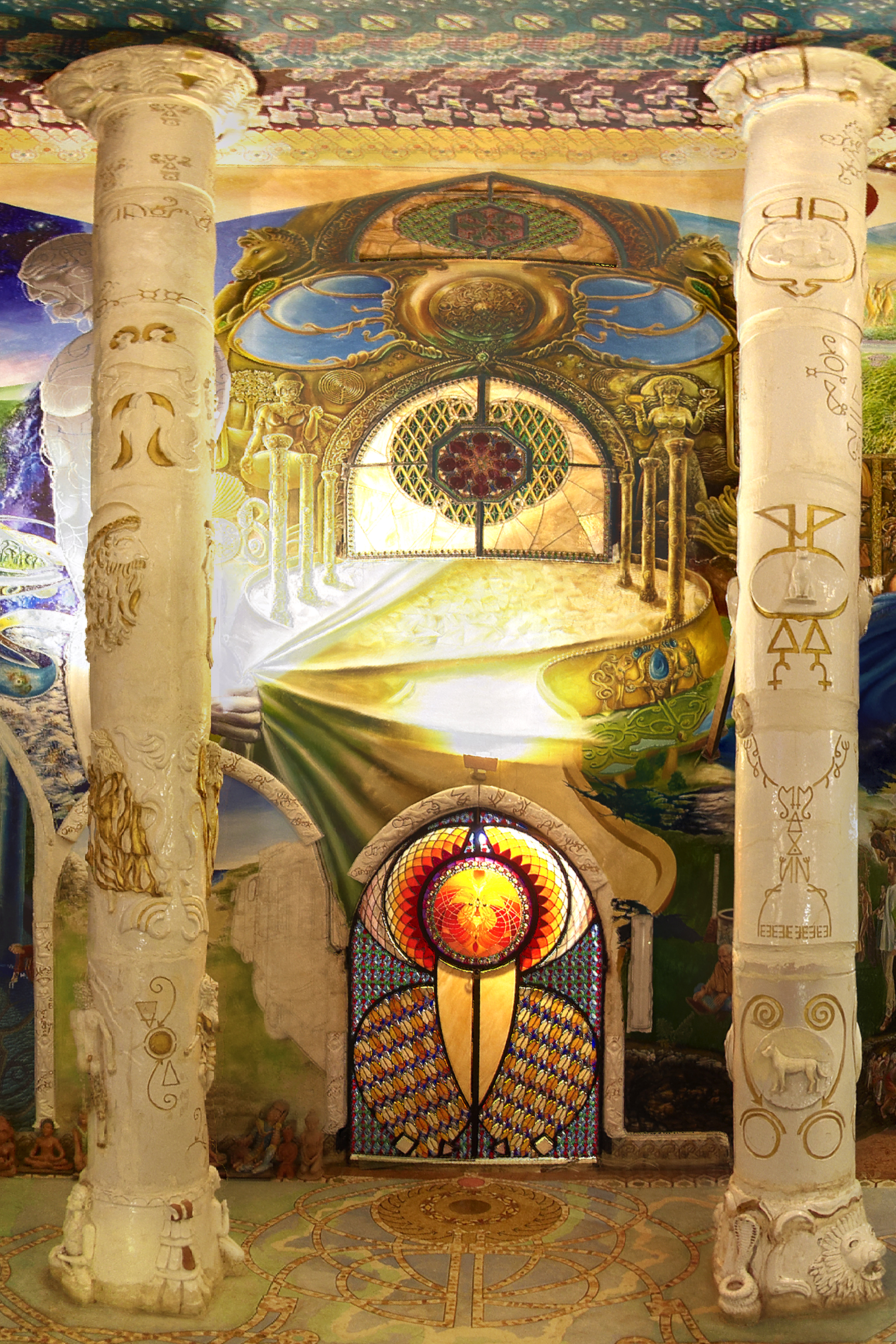 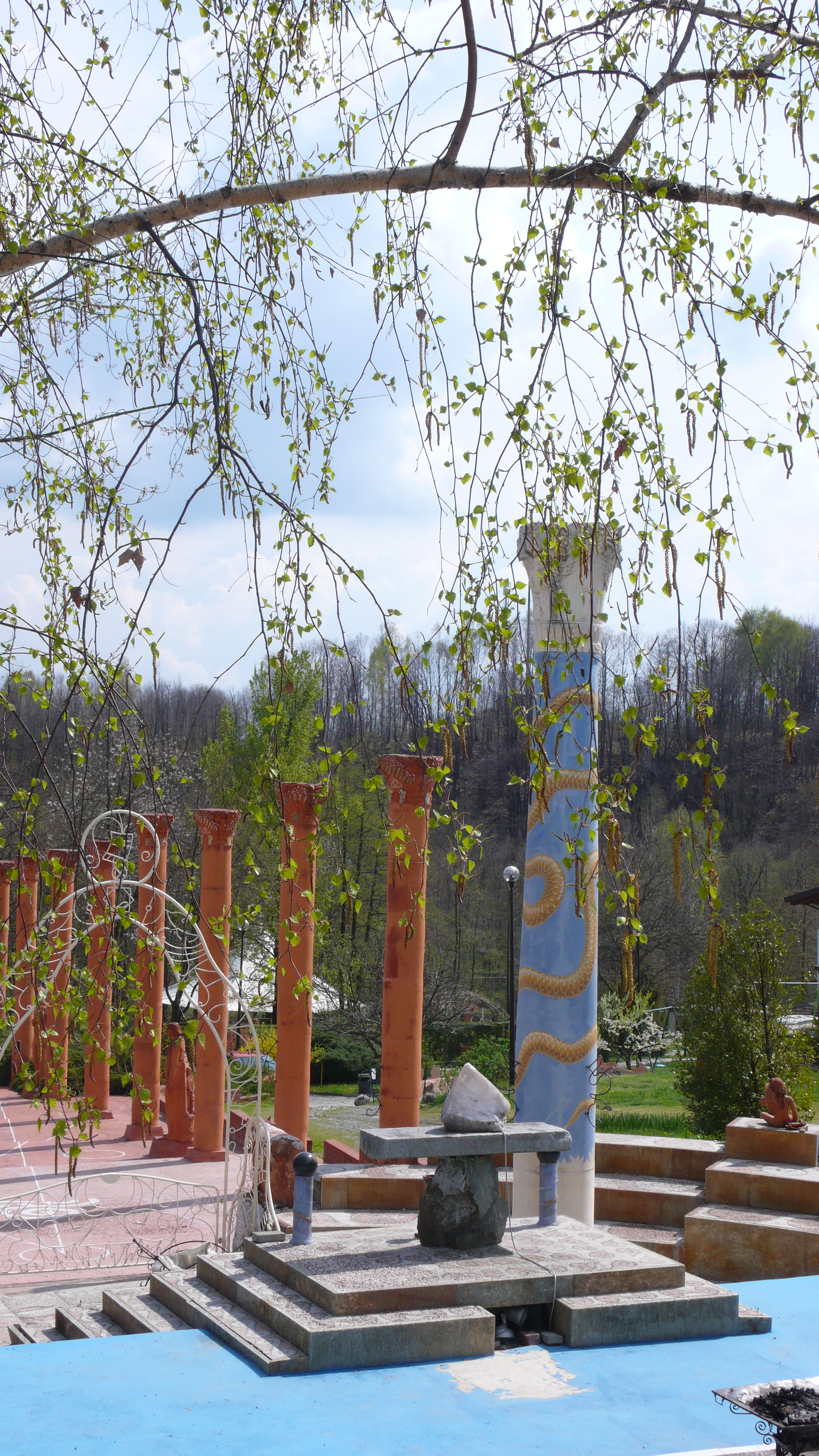 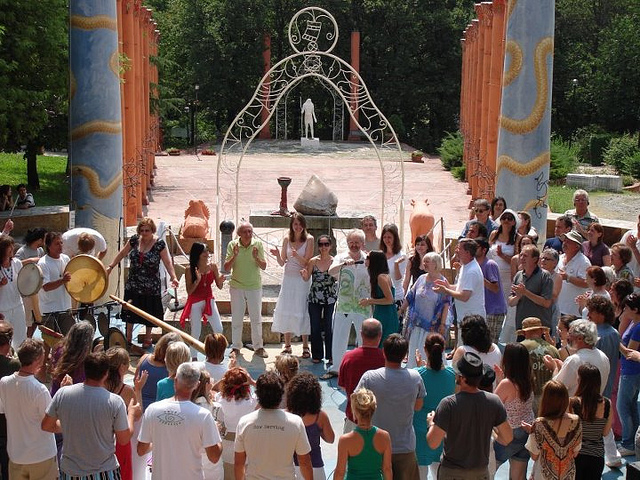 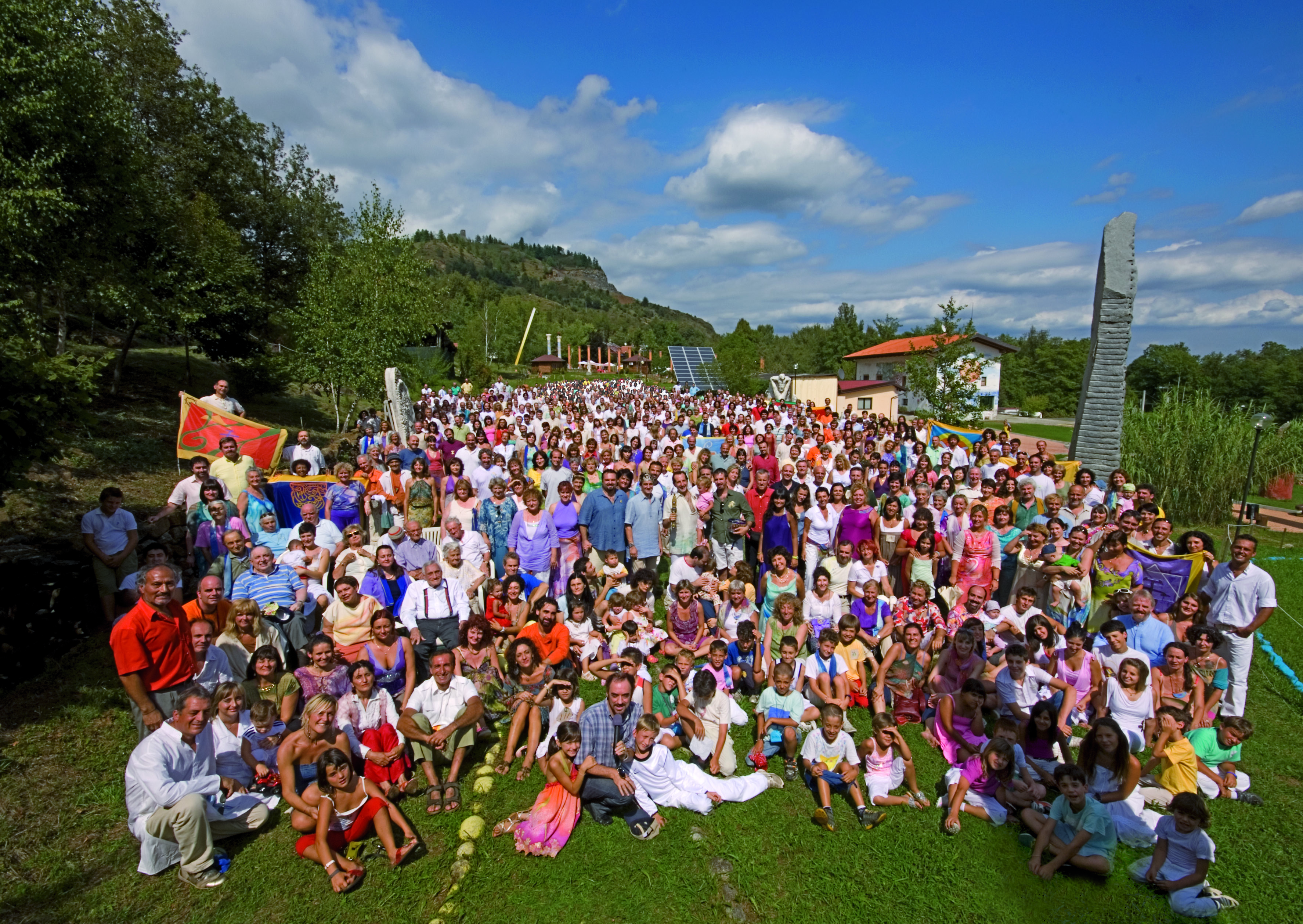 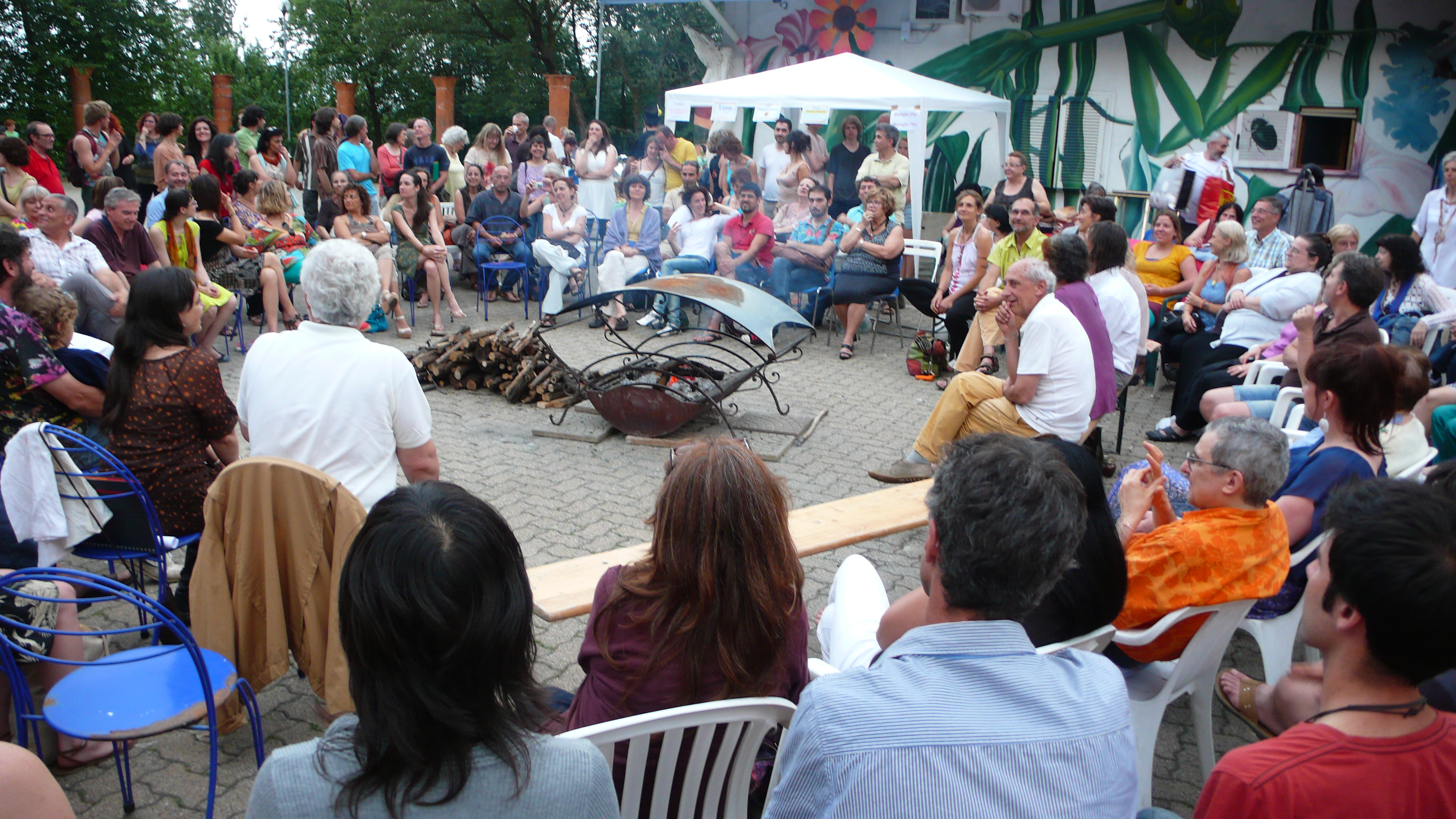 Damanhur, is an ecovillage and spiritual community in northern Italy. I had read about it 30 years before going. At the time, the Italian government had shut them down because they were secretly hand digging an underground temple. Finding out they still existed and that the Temple of Humankind was open, I wanted to celebrate my birthday there. Arriving, we scurried into the Welcome Centre in a melee of enthusiasm. Then reality shifted.

As our guide showed us the above ground Open Temple and shared with us the story of Damanhur, I could not miss their distinct way of existing; otherworldly, ancient, real. As a spiritual agent, I had come to be part of another place where synchronic lines, energy channels that connect the Earth and the Cosmos, were powerfully interconnected. I was not disappointed.

The power of these temples, the ancient alchemies in these halls, wound into my Being and opened me up into greater realties. Over five days, moment by moment, hall by hall, the façade of our present, limited existence faded away. Alone in the Hall of Water, guarded by two dragons, I merged with the languages written across the domed walls. Twelve languages that carried the original templates of what created life here. I wept.

In these languages, I was home. So much happened that created a constant necessity for integration. Yet even after all that happened, I was still not prepared for what occurred during my last night in the Hall of Spheres.

I have learned how to breathe during high vibrational experiences so the body can adjust to the immense spectrums of the higher dimensions and not collapse into unsettling emotional releases. If the body can adjust and not collapse emotionally, we have access to the extraordinary connections we are part of. That is what I was after but my capacity was tested in the Hall of Spheres.

At 2am, I entered where nine spheres connect to other galaxies, the specifics are not shared. I was alone. After spending time with each sphere, one of the spheres with a pink lava-lamp looking substance in a clear liquid beckoned me. Drawn by an ancient yet familiar power, I turned toward the sphere. I cannot tell you how truly I could not believe my eyes. The pink substance, came out into the room, an embryonic, galactic hand reached toward me, I felt my emotions erupt. I started panting slowly, determined not to collapse into an emotional heap. My body adjusted and flooded with energy. I felt found, reunited, returned. I opened only to have the power of what was present challenge me further.

It was beyond intense. I just kept panting absorbing, and letting the connection in. Tears streamed down my face. The joy of being not only an Earth Being but a Cosmic Being engulfed me. Time stopped until a gentle hand touched my arm and the pink galaxy receded. A kind man with an understanding look in his eyes let me know the sun was up and it was time to go.

Though Damanhur and my experiences there have passed, I now know personally the difference it makes in a human life when we unite with the wonders we are part of.

SOSAD: Saving Our Sons And Daughters