This is a sneak peek from our Spring 2017 issue hilarious interview with JP Sears. The issue is out now. Pick one up free in one of our stockists around the country to read the full article, or subscribe to have it delivered. 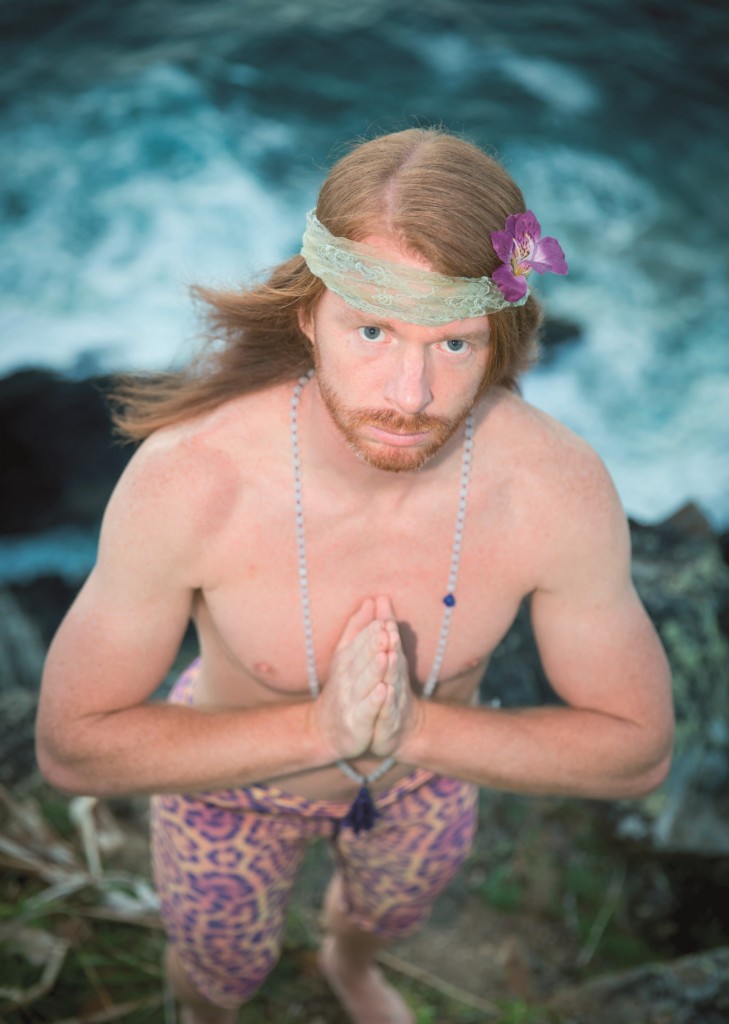 Many of us have spent so long in the world of the new age, that we haven’t noticed it being replaced by the newer age. I spoke with spiritual thought leader and author of Ultimate Spirituality, 12 1/2Steps to Spiritual Superiority, JP Sears, about yoga, competitive veganism and the art of Mindfullessness.

There are lots of types of yoga, some of which are more spiritual than others. What’s the best type of yoga to choose?

The most spiritual type of yoga is the type you do while wearing incredibly tight pants, obviously. To me, there’s nothing more spiritual than when you’re in yoga class and the person in front of you is doing downward dog and you are greeted by a lycra encased silhouette of their genitals. That really gets to the spiritual root of yoga.

In your book, you explain how yoga, invented in the 1980’s in the US, is under attack from Eastern corruptions of the practice. What can Western yogis do to protect yoga from these harmful eastern influences?

What they can do is charge more for each class. Charging more honours the roots of yoga and protects it from these nefarious versions of it. But I also think in the true Western cultures, there needs to be more diversity in yoga. We need more white women between 25 and 40 years of age to start doing yoga.

Remember JP will be in the Conscious Concert this March 25th, 2017! You still have the chance to win two tickets to the concert. Just share this post on our Facebook page and comment on it to let us know!

This is just a sneak peek. Read the whole fantastic interview with JP in the Spring issue 2017, out now! Stockists | Subscribe

Gratitude in Poetry: Thank You

How to Sing Your Self, By Githa Ben-David

The Camino Way: Peace on the Ancient Pilgrimage...