We always love reading articles from our resident Tantra columnist, Dawn Cartwright. Dawn is a genius when it comes to discussing how we can bring more tenderness, presence and love into our intimate lives. In our Summer 2021, she wrote about transcendent sex. Enjoy her wise words below!

In our Summer 2021 issue, our much-loved regular columnist Judith McAdam offered us a heartfelt reflection on how we can transcend difficult times in our close relationships. Enjoy her wise guidance below!

Fran Bennett is a spiritual teacher who spent many years as a Roman Catholic Trappist monk. She has also led a number of retreat programmes in both the Vipassana Buddhist tradition and the Christian mystical/contemplative tradition. During a Church service in 2010, she had a transformative experience that she describes as “a radical perceptual shift in consciousness”, when she discovered a presence of spacious, pure awareness within herself. Fran is holding a special talk called ‘Full Circle Awakening’ on Tuesday March 27th, from 7.00 p.m. to 9.30 p.m., at the Talbot Hotel, Stillorgan Road, Co.Dublin. You can book tickets at Seminars.ie. 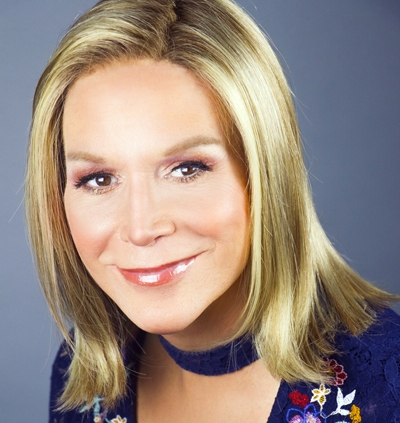 Many spiritual seekers are aware of the apparent conflict that can arise when we attempt to access the transcendent parts of ourselves, while also dealing with the reality of ourselves as complex, multifaceted human beings who experience a variety of struggles in our everyday lives. Many spiritual teachings talk only about rising above our personal human identities and dwelling in the absolute. For Fran Bennett, however, this dual understanding of who we are – encompassing both the transcendent and the personal – need not be a source of conflict or confusion. During her talk in Dublin, Full Circle Awakening, she will discuss the integral journey of both transcendence and embodiment, and why the transpersonal must also include the personal.

Fran is well-equipped to discuss this topic. She spent many years in monastic orders, living a life of contemplation, surrender and service, while searching for the presence of God. She lived in two monasteries of the Roman Catholic Trappist Order in the U.S., and was also a member of an urban contemplative monastic community originally founded in Paris, France in 1975. Fran received five and a half years of monastic/spiritual formation with the Trappists before making her vows as a monk at Gethsemani Abbey in Kentucky.

Fran graduated from the Pontifical College Josephinum with a B.A. in Philosophy and completed a two year residency in Clinical Pastoral Education with Ohio Health Hospital System in Columbus, Ohio in 2004. She has worked in ministry in the area of pastoral care in the hospice movement, as a hospital chaplain, and a pastoral carer of the sick and dying in parish settings. During her time as a monk, Fran also studied the Zen meditation tradition and the Thervadan Buddhist practice of Vipassana.

During a Church service in one of her former monasteries in Montreal, Canada, in 2010, Fran suddenly experienced what she has described as “a radical perceptual shift in consciousness.” She discovered the presence of spacious, pure awareness within herself, and came to see that this sense of unbounded awareness was actually the unchanging essence of who she really is and always has been: “the Supreme Self, talked about by many sages and saints from many spiritual traditions down through the ages.”

Following this experience, Fran left her monastery and embarked upon a “new incarnation” as a spiritual teacher. She offers guidance and instruction in the Buddhist traditions she has studied, the contemplative Christian mystical tradition she experienced during her many years in monastic life, and the Hindu Advaita-Vedanta teachings of Sri Ramana Maharshi (which have had a profound effect on her life).

Fran also has a great interest in offering spiritual accompaniment, encouragement and teaching to the LGBT+ community, following her decision to come out as transgender in 2016. She was prompted to do this after discovering that her chromosomes did not fit either the typical XY or XX profiles that most people possess.

At that time, she said, “Normally, males have an XY chromosomal profile and females have an XX chromosomal profile. But some people who are born outwardly ‘male’ or ‘female’ can have various chromosomal aberrations that are not the simple binary XX or XY. It turns out I am one of those people. Discovering this was actually a huge relief. It’s helped me understand what I have been unknowingly dealing with my whole life.”

Fran felt that her decision to whole-heartedly embrace her true gender identity was a catalyst for further advancing her own spiritual growth and her understanding of herself. She explained: “I have felt some hesitation and concern about a public disclosure concerning all this and have wondered how it might effect my relationships with my family and friends, and my teaching career. But I have come to see that if I am to teach others about life and authenticity, integration and integrity, I myself must be a living example of it.”

These principles of honesty, integration and integrity – principles that allow Fran to fully accept her personal self, while also living with the awareness of her transcendent self – permeate every aspect of her teachings today. Her talk in Dublin is sure to be a fascinating event.

Fran Bennett’s talk, ‘Full Circle Awakening’, will take place at the Talbot Hotel, Stillorgan Road, Co. Dublin, on Tuesday March 27th 2018, from 7.30 to 9.30 p.m.  Tickets can be booked on the Seminars.ie website here. More information about Fran can be found at her website, findinggraceatthecenter.com.