Understanding the gods in the skies in the build-up to 2012 – Part 2, Margaret Gray 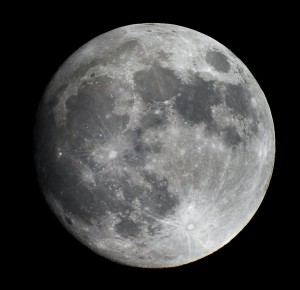 “Heaven above, heaven below, stars above, stars below, all that is above also is below, grasp this and rejoice” Carl Jung CW para 384

You may have noticed over the past few months a larger number of films about planet earth facing the brink of destruction. They aptly reflect the ability of writers, producers and directors to tap into potential choices facing us as a collective as we approach 2012.

In the last edition I described the clearing and healing that could take place with the transits of Neptune, Chiron and Jupiter in Aquarius, as we gain insight and compassion at our shared humanity. You can view the complete article on the Positive Life website www.positivelife.ie

In this edition I am focusing on the planets Saturn and Uranus as they oppose each other in the sky in the signs of Virgo and Pisces between September 12, 2008 and May 27, 2010. This transit will feel particularly powerful on a personal level if your natal Sun, Moon or Ascendant are in the middle degrees of the signs of Virgo, Pisces, Gemini or Sagittarius as the transit will affect your vocation, emotions, relationships, as well as your overall approach to life.

So who are these planets or gods?

Saturn, also known in classical mythology as the god Cronos, was an earthy deity who ruled the ”golden age” when all was in tune with the cycles of nature. His purpose is to assist us to manifest ideas and thoughts into concrete matter. Without the solid energy of Saturn this magazine would not be produced. However, Saturn’s energy can feel somewhat tiring as the part of our life he is visiting by transit, feels strewn with obstacles that only hard labour will overcome. For example, if Saturn lands on Mercury in our natal chart, we are asked to work at and incarnate something concrete to do with our communication/learning skills. This would be an excellent time to put effort into writing a book or embarking on a new course of study.

Uranus, (Prometheus in classical mythology), brought fire to humans, despite incurring the wrath of Zeus, in an effort to raise us beyond our instinctual realms. Unlike Saturn, Uranus belongs to the mental realms of Air, or the “Thinking function” as described by Carl Jung. Uranian energy is fast, erratic and jagged, somewhat like being plugged into an electric socket. For example, if transiting Uranus lands on Mercury in your birth chart, you are likely to feel that your mind is being awakened by new inspiring ideas and thought forms. This can feel very exciting but can also be disruptive to sleep and relaxation.

What is the potential impact of these two planets opposing each other?

A planetary opposition in the sky is like two gods sitting on opposite ends of a children’s seesaw. If they get on with each other by nature, they can both work together to find a balance point in the middle. However, if they don’t get on, one side will try to dominate the other. In mythology Saturn was the son of Uranus, who rejected all his children at birth as he felt they were not perfect enough. Saturn in turn killed his father. Energetically these two planets are very different. Whilst Uranus awakens us to the limitless possibilities of our mental faculties, Saturn reminds us of the limitations of our body, including our mortality. Hence as they travel through Virgo and the opposite sign of Pisces, we are experiencing as a collective on the one hand, a pull towards radical change and innovations in the arena of spirituality, the imagination and compassion and on the other hand, a pull towards creating something concrete at a steady solid pace in the arena of health, healing and education. When working in tandem Saturnian realism can ground Uranian idealism into something concrete and useful and Uranian innovative thinking can prevent Saturnian calcification. Hence, they can assist us in bringing about real changes individually and collectively in the arena of health and healing through our hearts and imagination as well as our minds.

How can we each work with these energies in a life-enhancing manner?

Saturn in Virgo requires hard work and self-honesty (without judgement). He reminds us to keep grounded and healthy in our bodies, avoid excesses, which throw us out of balance and remember that fun and humour are vital healing tools. Uranus in Pisces asks us to be innovative and make space for change and a further opening of our heart through using our mind in a new way.

Coming in the Next Edition:
Understanding Pluto in Capricorn and the current upheaval in world financial structures as well as dates for the major planetary configurations of 2010, which set the scene for 2012.

Margaret Gray is a professional Psychological Astrologer with a consulting practice in Ireland, Hawaii and California. She teaches internationally both independently and on behalf of the CPA worldwide. Margaret is the book reviewer for the ISAR journal and a member of the APAI, ISAR and the Ast.Ass UK

Whilst in Ireland Margaret is based at Oscailt integrative Health Centre www.oscailt.com