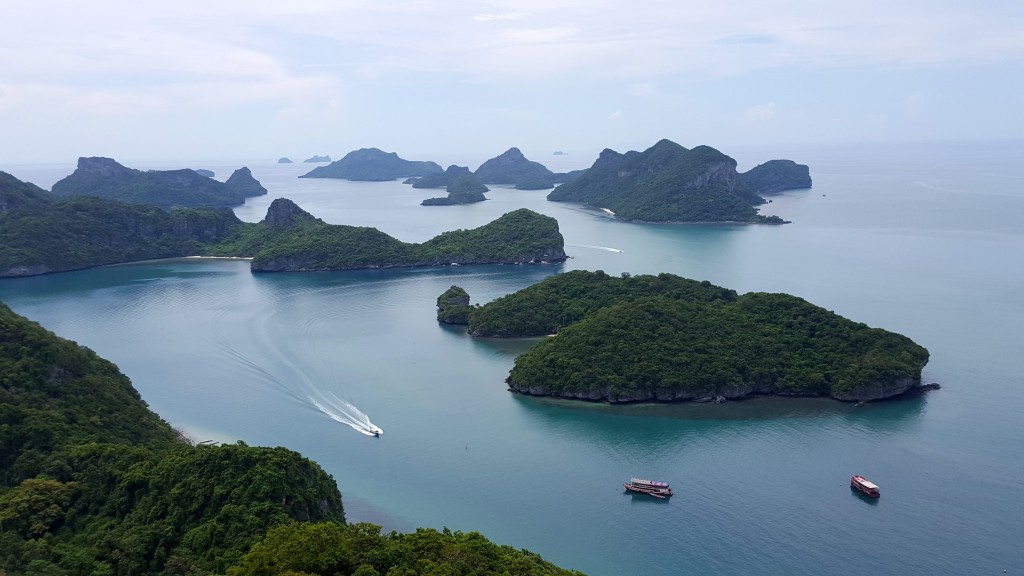 I flew to Thailand, straight to the islands. The way I planned it, this was supposed to be my time of peace, laziness and enjoyment, while resting on its white sand beaches and swimming in its blue waters. But suddenly, my journey turned into something unexpected and entirely different. It felt as if my world has shrunk from 3D to 2D.

Myanmar was such an experience! Travelling through timeless beauty and unspeakable poverty, seeing human conditioning and at the same time the vastness of forgiveness and kindness. I saw layers inside myself I wasn&#39;t aware of. And here, here I was, in a supposed paradise, packed with tourists, having a drink every evening. I started smoking again, was solely in my head, feeling lonely and totally separated. Something snapped inside me when I
arrived to Thailand. Once again, ego was the main participant in the play of life.

I can’t really explain why or how. Did I just absorb my surroundings, shape-shifting into what was around me? Myanmar was true and raw, and I was true and raw. And here in Thailand, on snow white beaches, looking at the sun mirror itself in sky blue waters, I was playing a part in my ego’s masquerade once again. Even if I hated it, even if I knew I hated it, I picked up and put on that heavy layered mask.

I was quite miserable for very petty, silly reasons (on top of spiritual, energetic or whatever relapse I was going through); such as people around me were all couples or families on holidays in their own private bubbles, or not being able to rent a motorbike and drive (have no driving licence. I know, shocking). I was stuck on the island, with waterfalls just in the mountains behind me which I’d never see (as my time and travels went on, I’ve visited countless stunning waterfalls, falling down in many tiers and swam in their pools, but back then, my mind kept me preoccupied with “wanting and not getting”).

And then I heard of this island; a few square kilometres, a handful of locals, electricity after dusk until midnight, only one place on the whole island, at the end of the beach, with a few bungalows to rent. It sounded exactly what I need. So I made my way there. I was scammed on the boat ride, only to find out that the night in a bungalow would cost me
€30! I couldn’t help myself though, as it was to be my ultimate island experience, the one I’d dreamed of and imagined all my life. So I made a decision to use my whole journey’s funds on about two weeks’ budget and have this experience. I booked myself in for three nights, for my long anticipated peace and quiet.

And I hated it! The water was too shallow for a swim and there were odd creatures (sea cucumbers as I learned later) on the bottom of the sea. There was no breeze and the heat was just too much. Drinking water was not included in the bungalow price and my silence disappeared with long-tail boats with snorkelers coming close to the shore from late morning until sunset; I was so uncomfortable there all the time. Expectations! Hadn’t I learned yet?

One of those days, I realised something of great importance. Well, it wasn’t like I haven’t heard it before, but perhaps I needed to learn through my own, however painful, experience rather than in theory; There is no peace without only within. I’d been looking in the totally wrong place! 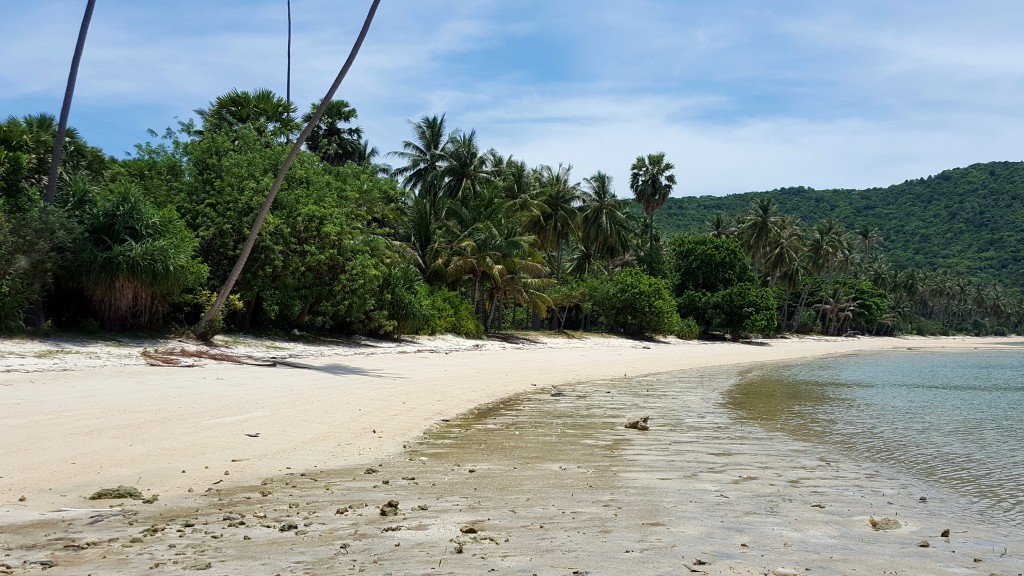 I remembered a split second of peace, like nothing I’d felt before, which I experienced when I was having an anxiety attack (yes, I hear the irony!) back in Myanmar. I just allowed all that was to be. After such a powerful revelation you’d imagine me to shift towards where that revelation was pointing at, right? No such thing! Every time I tried to ground myself in it or meditate – I’d pass out to sleep! And I knew very well, that was the ego’s response, when it’s
about to be degraded, but I couldn’t help it, the grip was too strong.

So there I was, awfully uncomfortable. Unable to move. Just hoping I’d come out of it eventually. I was feeling so paralysed. I was incapable of even thinking about where I would head to next. And so I extended my very expensive suffering for longer… How bizarre! Two unbelievable things happened that day – to wake me up, to open my eyes to seeing that one-way traffic bridge from within to without.

In the late morning, I was walking on a long, empty beach and a massive coconut fell from a palm tree onto my footsteps, just a second after I’d passed. It gave me a good scare! And that night, I witnessed contraband being brought from a ship to the island. Three small boats came to the shore, soundless and in complete darkness – no lights, no torches, nothing – from a French ship anchored farther away in the sea (I presumed it was a French ship, because I saw the crew on the island earlier that day and I heard them speak French. I knew three little boats came from there because I saw the ship well-lit just before midnight, men unloading cargo onto small boats). They came straight to the beach where I was sitting, watching stars, alone. Men carried large heavy crates in silence, to golf carts, waiting by the beach in (again!) complete darkness. We all pretended not to notice each other’s company – twelve black ghostly silhouettes, bent beneath the weight they carried, soundlessly crossing the beach, and me, sitting on the sand, “star-watching”, exposed and thinking I’d be murdered that night. I’d sensed from the first day there was something fishy about the whole island, there were too many odd, little details that just didn’t add up. However, I don’t want to go too deep into speculations now, and none of them in fact matter here in my tale. So that night I finally knew – the universe is telling me something loud and clear. I knew the message straight away!

My last morning in Myanmar, I was having breakfast in a guesthouse when a Buddhist monk appeared from somewhere and gave me a little card, with hand writing in English that said “those who are present will never die, but whose who live in past or future, are already like the dead.” Now, life was showing me the direction, was telling me that there&#39;s only one “real” reality and that is present moment, but I still didn’t live it. So coconuts fell on my footsteps and danger found itself on my path…

I kept island hopping for three more weeks, stayed on seven islands and visited many more. I experienced the beauty of turquoise waters, countless sunrises and sunsets setting the sky on fire, white sand as soft as powder, mountains covered in jungle, cliffs, tropical flowers, fireflies, stars in the night sky. I swam in beautiful coral reefs, with big and small fish of all the colours of the rainbow, with little sharks and sting rays, and with a huge white sea-turtle. The islands were mesmerizing! But I will remember it as the time when I was the most lonely…

That “ultimate island experience” shed a lot of light onto some questions I hadn’t even verbalized properly back then. But, clearly, the teachings and teachers are always provided, we just don’t recognise them, or we get disappointed because they’re very often not the ones we would like or expect to learn from. “Our experiences are never suffering. We just choose to suffer our experiences.” These are not my words, but profound insights of a wise man whose book I was reading at that time. 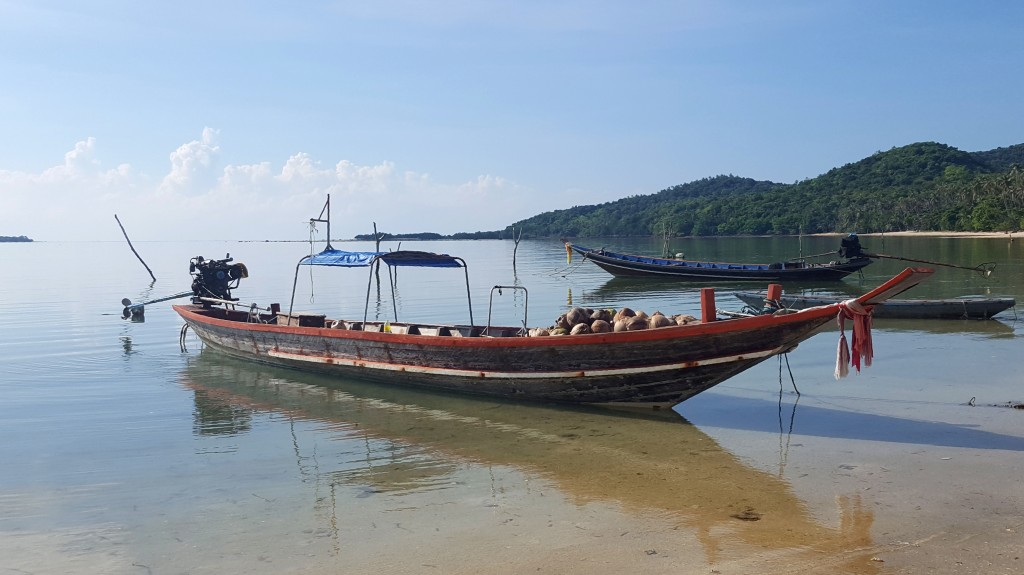 I was talking to a friend of mine, who is on her own quest far away across the ocean, by the end of my third week in the islands and she made a very good point. She told me to acknowledge how symbolic &quot;island&quot; is. The same friend asked me then, how my heart was? Have you ever been asked this question? It baffled me. After an audit my reply was “overlooked…watching the mind dance.” I surprised myself by how clearly and easily, without any internal earthquake to shake feelings and force insights to become more vivid, just in a conversation with a friend, I truly saw it as something cardinal – my ‘heart’, my core. And that was as far as I figured. How to identify with my heart, not my mind – I did not know. That was the end of the rational road. And all I could do was hope for grace.

After days of denial, I finally saw “island” for what it was- a mistaken choice to look for peace in the outside world of expectations- and took a ferry to the main land.

Winter Vibes 2017: The Best Events, Products, and Courses to Check Out This Season

Tip of the Month: A Warm Impulse for...

Positive Nights Audience: A Lovely Message from our...

From the Archives: Our Exclusive Interview with Dr....

August Vibes: This Month’s Pick of the Best...

Positive Nights Presents: In conversation with The Calm...